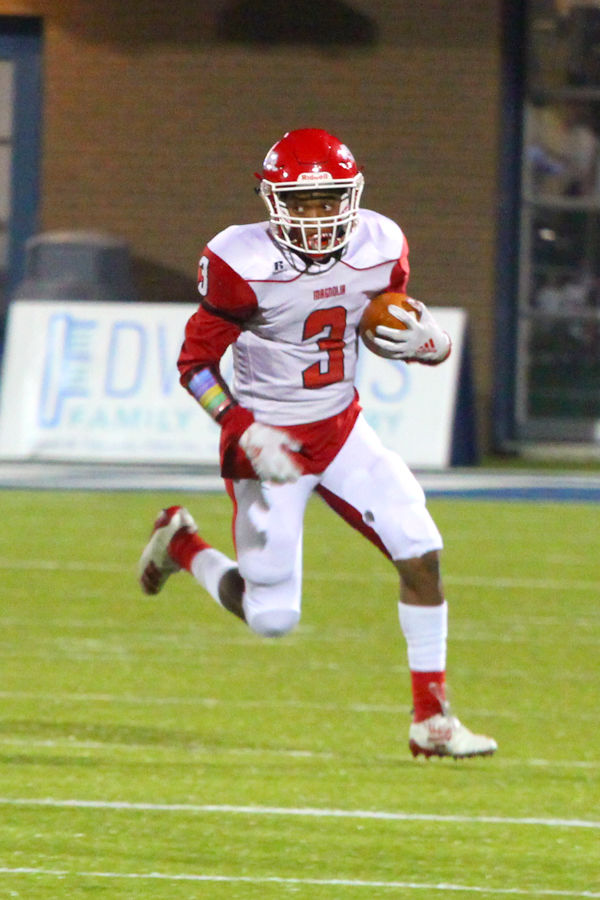 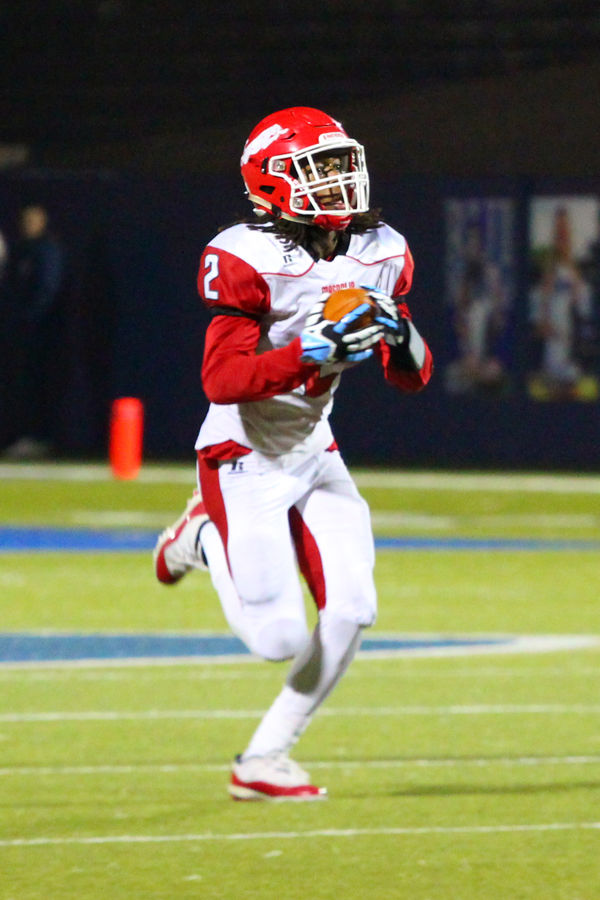 Jen Kilgore, special to magnoliareporter.com
1 of 2

Magnolia, a No. 3 seed, ended its season with a 7-4 overall record under first-year head coach Mark King. Pulaski Academy, a No. 2 seed, improved to 9-2 and delivered its head coach, Kevin Kelley, his 200th career victory.

While the loss disappointed Magnolia fans, the season had its high points. The Panthers had a five-game conference winning streak – something no MHS team had accomplished since 2008. This was also the first time Magnolia has had back-to-back winning seasons since 2008-2009. Magnolia was 6-4 under John Panter last year.

The Panthers chose to receive the opening kickoff and came oh so close to mauling the Bruins in their first drive. Shawn Bell took a handoff from Braelyn Beasley 34 yards to the PA 12. He gained 5 yards on the next play and James’Darious Smith added 6 more. Beasley tried to run it over from the 2, but only made it to the 1. On the next play, the Panthers fumbled and turned the ball over to the Bruins.

PA needed only four plays to cover the 99 yards.

Bruins quarterback Braden Bratcher threw a 43-yarder to Andrew Cobb. A pass off a triple-reverse to Cobb on the next play gained 46 yards to the Magnolia 4. Joseph Himon scored from there as PA led with 8:24 left in the first quarter. Kelley’s unusual coaching philosophies, which include going for two points unless the Bruins have a substantial lead, failed PA on its first three scores. But the Bruins took advantage of many more chances to put points on the board.

PA held true to another of Kelley’s dictums, which is to make only onside kicks following scores. Kickoff duties were handled by PA’s female kicker, Savannah Goodwin.

The Panthers were pushed backward and it was costly when the Bruins recovered another fumble at the Magnolia 35. Matthew Hugg ran for an 11-yard touchdown two plays later with 7:00 left in the first quarter. Magnolia scored on its next drive when Beasley ran 46 yards for a touchdown with 6:03 left in the first. Jay Todd Baker kicked the extra point for a 12-7 score.

Himon quickly answered for PA on a 76-yard kickoff return for a touchdown and an 18-7 lead.

The Panthers demonstrated an ability to keep the game close, putting together a 49-yard drive after another onside kick.

PA is also famous for not punting on fourth down and Magnolia cribbed from that part of the host’s playbook. Faced with a fourth and 6 at the PA 30, Beasley rolled right and threw a 19-yard completion to Dewayne Thomas. Amir Cooper took a pitch from Beasley on the next play and scored an 11-yard touchdown. Baker’s PAT closed the gap to 18-14 with 2:34 left in the first quarter.

At that point, Pulaski Academy took complete control of the game. Bratcher threw back-to-back completions of 30 and 8 yards to Jayden Kelley. Bratcher then hit Cobb with a 24-yard touchdown pass with 1:21 left in the first. Cobb also caught the conversion pass for a 26-14 lead.

Magnolia lost its next possession on downs at the Panthers 45. Bratcher threw a touchdown to Brayden Cash on first down with 13 seconds left in the first quarter.

After recovering an onside kick, the Bruins scored on a 9-yard run by Himon.

Within a space of 2 minutes and 56 seconds, the Bruins had put 23 unanswered points on the board for a 41-14 lead with 11:38 left in the half. It should be noted that the first half – 24 minutes of playing time – took 95 minutes to completed.

Still, Magnolia tried to keep it close. A 53-yard drive led to a Panthers touchdown. The key play was a 16-yard run by Maurice Strickland to the PA 27. Javorrea Murphy scored on a 6-yard run with 5:04 left in the half.

Pulaski Academy came back with an 8-yard pass from Bratcher to Dylan Allison. The PAT was good for a 48-21 lead.

Magnolia fumbled on its next possession but got the ball back when Robert Mack returned an interception 30 yards to midfield. However, the Panthers could not score before the half.

Pulaski Academy scored on its first second-half drive on a 10-run by Himon, who also scored the conversion. With the 56-21 – 35-point – lead, the clock went into continuous operation under the mercy rule.

Despite this, Magnolia also scored on its first second-half drive and converted two fourth downs on the way. Beasley scored on a 20-yard run. The extra point was blocked with 2:27 left in the third quarter.

Pulaski Academy scored at the end of a 71-yard drive. Izarius Woods hammered across the goal with 8:16 to play and a 63-27 lead.

Magnolia’s final touchdown of the season came on a beautiful arcing pass from Beasley to Kalil Collins that covered 75 yards down the middle with 3:44 to play. Baker’s PAT made the final 63-34.