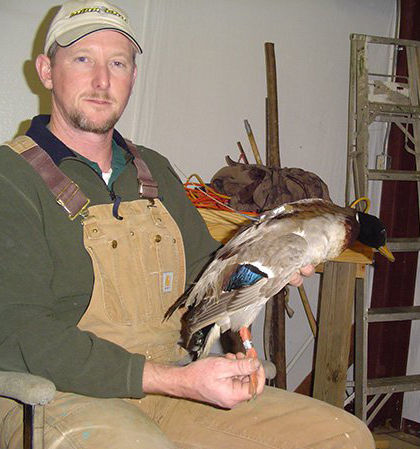 Griffin Park has been a wildlife specialist with the Arkansas Game and Fish Commission for more than 29 years. 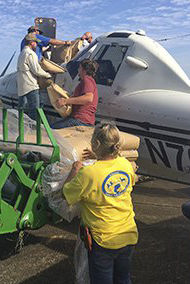 Aircraft are used to seed millet along the shore of Millwood Lake.

Griffin Park has been a wildlife specialist with the Arkansas Game and Fish Commission for more than 29 years.

Aircraft are used to seed millet along the shore of Millwood Lake.

HOPE – Nowhere in Arkansas comes close to the Delta for waterfowl hunting, but duck counts show the southwest portion of the state attracts many dabblers during the annual migration.

Griffin Park, who has been with the Arkansas Game and Fish Commission for more than 29 years, grew up in the Hope region, where he’s worked since college, and he’s as familiar as anyone about the waterfowl in that area.

“We normally have pretty good duck seasons. We’re not the Delta, but year in and year out we have good participation of hunters at our WMAs – Sulphur River, Dr. Lester Sitzes III Bois D’Arc and Ozan.” He adds that there are a number of private clubs in the area and close to the Red River, where ducks in both the Central and Mississippi Flyways tend to visit.

“The Red River Valley is your typical Delta – vast amounts of flat lands, row crops, rice fields, cotton fields. There is sorghum, corn — winter waterfowl food. There are a lot of farmers plugging the levees and flooding. They lease their lands just like in the Delta. We have big private duck hunting clubs. Farmers will individually lease fields. Duck hunting is a pretty big business here, also, just not to the extent as it is in the Delta.”

Park, Kevin Lynch in Fort Smith and Mark Hooks in Monticello are the veterans of the AGFC’s Wildlife Management Division, all having worked almost three decades with the agency. While Park may have been based in Hope, he’s helped out all over the state, including being part of the AGFC’s aerial waterfowl survey team up until recently, flying and counting ducks from the Arkansas-Texas line to the Mississippi River. He’s taken the lead in banding hundreds of wood ducks and Canada geese in the southwest part of the state of the state, too.

He’s also seen many changes to waterfowl hunting in his region over 29 years, including management of greentree reservoirs and the development of moist-soil acreage, which has grown from next to nothing to nearly 500 acres. Park also began an annual millet-planting program on Millwood Lake in 2014, in cooperation with the Army Corps of Engineers and the region’s water district, in which the lake is drawn down by 2 feet to allow 7,500 pounds of millet to be planted on 500 acres at the edges of the lake. It has proven quite attractive to migrating ducks, not to mention attracting more hunters.

“We’ll see what maintenance the Corps has planned and then submit our request. Our target date is typically the end of July. It’s pretty economical for a big boost in waterfowl food for southwest Arkansas and a lot of ducks migrate there. We get a lot of duck hunters on Millwood.”

The 2-foot lake drawdown, he adds, is good for shore birds and the fishery as well. “It promotes natural wetland vegetation to grow, also. It gets the vegetation going on those shores. It also helps with siltation. Millwood is a real shallow lake.”

As for his waterfowl banding, he said, “We band wood ducks and Canada geese every summer. We’ve been banding Canada geese for 10-plus years. We will band 200 to 300 birds on Millwood Lake, and they will spread out from there.” He considers himself fortunate his entire career has been spent right where he grew up, in southwest Arkansas and based at the AGFC’s Hope regional office.

Park, 53, is proud of what southwest Arkansas offers the outdoors lover. He grew up hunting, trapping and fishing in the area. “We have a little bit of everything for the outdoorsman. Even in my region, you can duck hunt, alligator hunt, and bear hunt in a seven-county area. We’re not dominated by just one species. You can pretty well do it all in southwest Arkansas.”

Park, whose family is from the hamlet of Columbus, the closest town to Rick Evans Grandview Prairie WMA and about 16 miles from Hope, first attended Southern Arkansas University in Magnolia and earned a wildlife and fisheries degree from the University of Arkansas-Monticello, then began work immediately with the AGFC as a habitat biologist/forester. “We were, actually, back in the day, called foresters,” he recalled. When his boss retired in the Hope office in 2009, Park moved up to regional supervisor there.

“We’re more general, we deal with everything,” he described his work. “As a habitat biologist when I first started, I was taking care of wooded habitats, managing the timber in the WMAs. We did different timber treatments, habitat treatments to effect growth – we do species treatments that improve the forest and the habitat for the wildlife in all our WMAs.”

Besides the changes in waterfowl habitat over the years, he says he’s seen the region change from no alligator hunting allowed to the handling of regular nuisance complaints about gators, leading to successful hunts and a doubling of permit numbers from when the state alligator hunt was started. He’s also watched quail restoration become a focus in Arkansas and around the WMAs in his region. “Now, there is a lot of prescribed burning. Early, we didn’t do any prescribed burning, but now to watch where the (quail) program is now, we’re burning thousands of acres to promote wildlife habitat.”

Bears, too, are becoming more prevalent in the southwest part of the state. “We’ve never been considered really bear country, but we’re getting more and more. We had one in downtown Hope this year. We trapped and relocated it. It caused quite a stir. The city police department was all over that one.”

Park says he didn’t mind “heading back home” after college graduation. “I was just one of those who liked it here. My sister, she couldn’t wait for the day she graduated high school to leave. But they couldn’t hardly make me leave. I was lucky to get a job, move back and have been here ever since.”

He had an uncle who was sheriff in the area for 17 years. “I know everybody in this county,” he said. “I grew up on Millwood Lake, grew up going up there bream fishing. Every Saturday in the summer up there I was fishing. I can remember my uncles being in the boats close to us when we’d be out there. I thought that’s what everybody did.

“I was raised here, and I was lucky that in my family everybody hunted and fished. It was a way of life. I can remember going to spend a weekend with one of my uncles and went mink trapping with him. I was always interested in outdoors and wildlife whether it was fishing, trapping or hunting. I didn’t think there was a better job than being in the woods every day. Now as a supervisor, I don’t get to do that as much. I’m always in the office.”

Park has no plans to retire. He has two children in college. His wife works in the area as well. “I enjoy what I do and as long as I can make a contribution, well, I’m still here.”

CLICK HERE to read more outdoors news on our website. Tell your friends and family that thanks to our advertisers, they can read news for free on our website.

Magnolia working toward No. 3 seed at regional girls tournament

Free webinar delves into tax implications of the "gig economy"

Arkansas officials have expressed concerns about a decrease in hunting and fishing license sales across the state. As regards fishing, which of the following statements best applies to you?