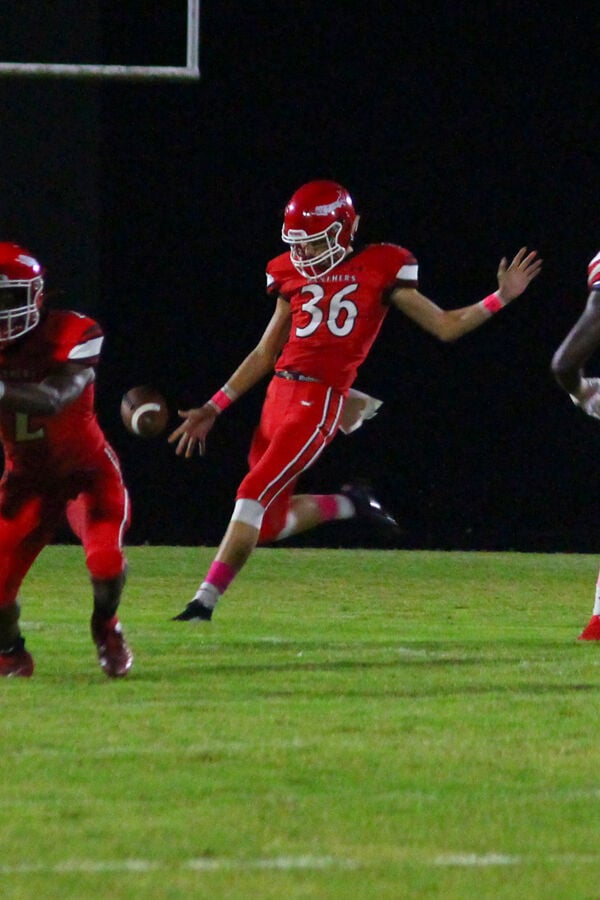 Jordan Davis crosses the goal line for a touchdown. 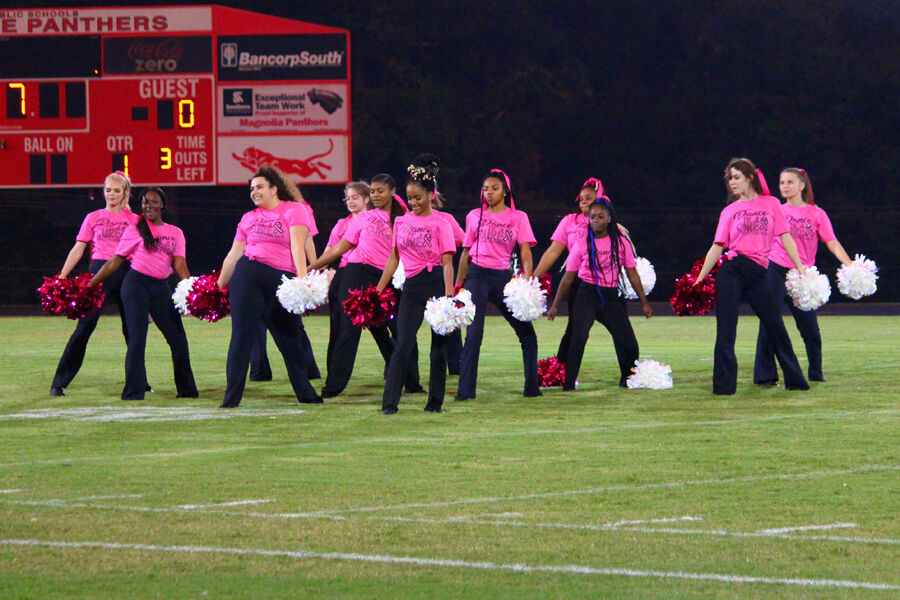 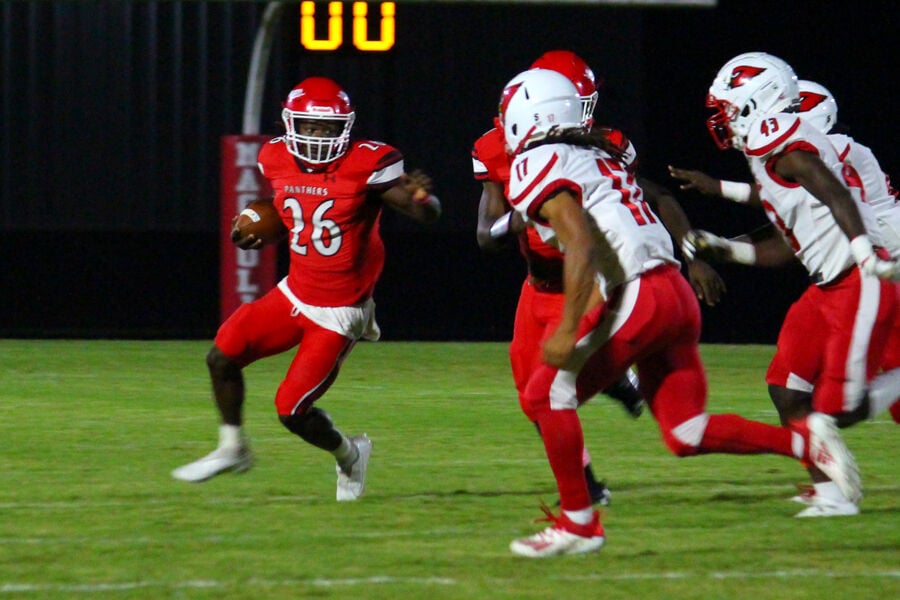 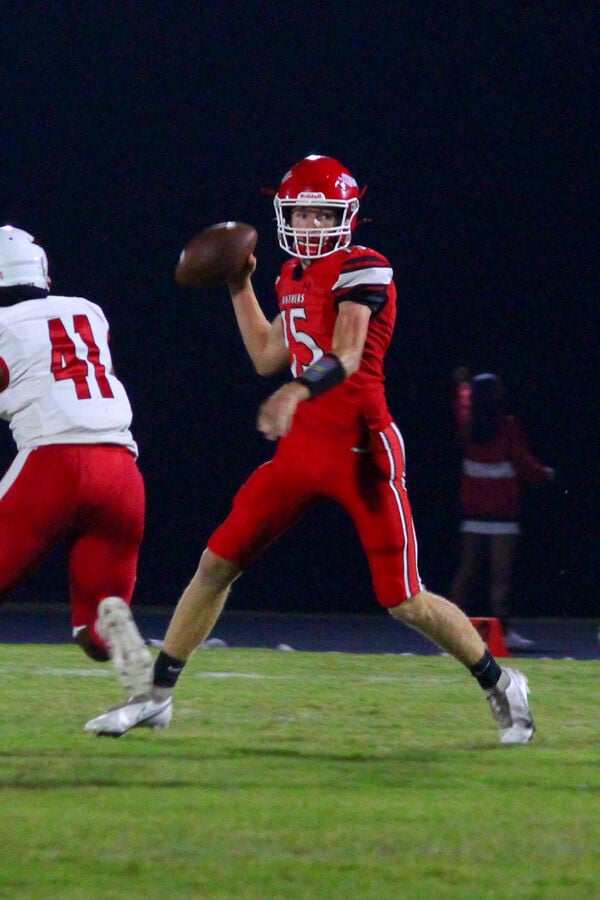 Tanner Neilsen throws on the run. 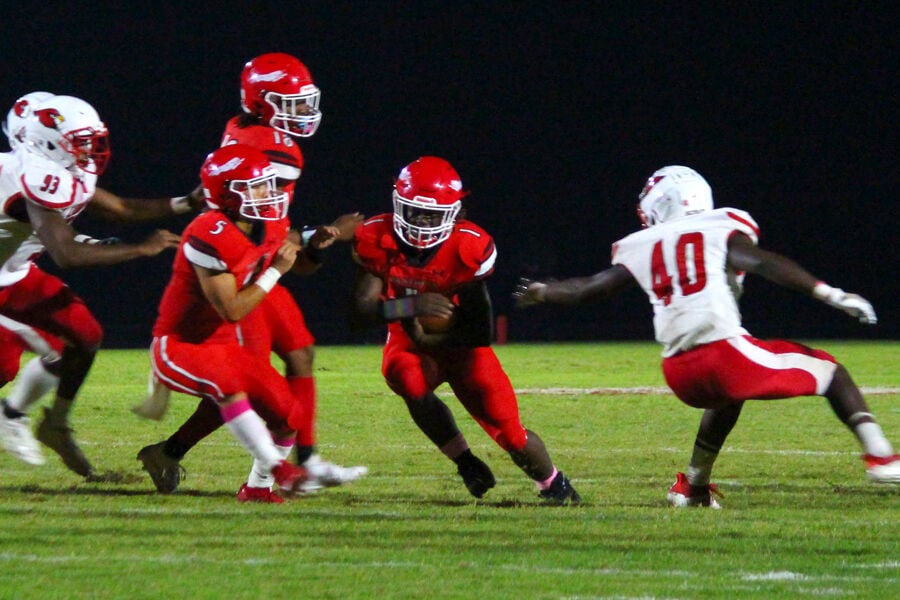 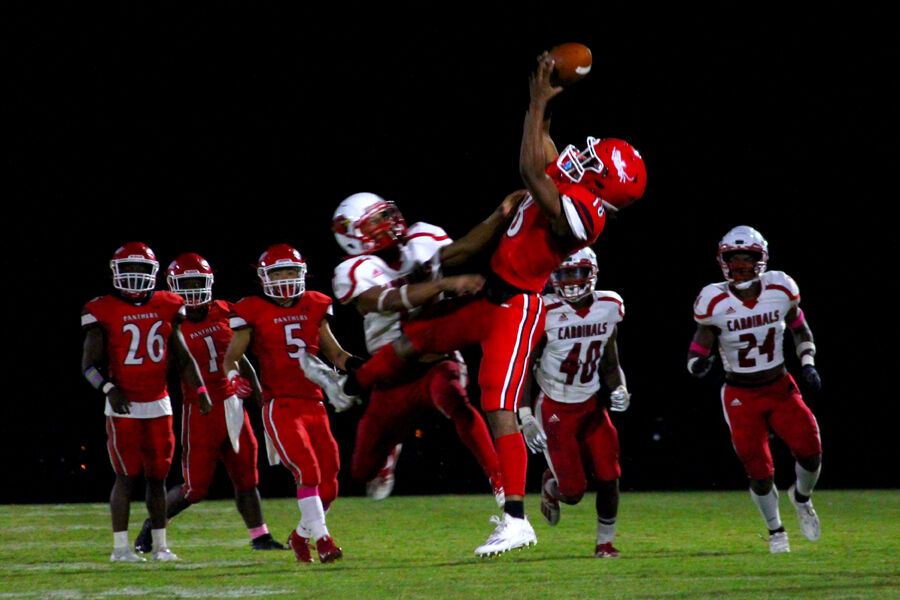 Marcus Harper goes up for a pass reception. 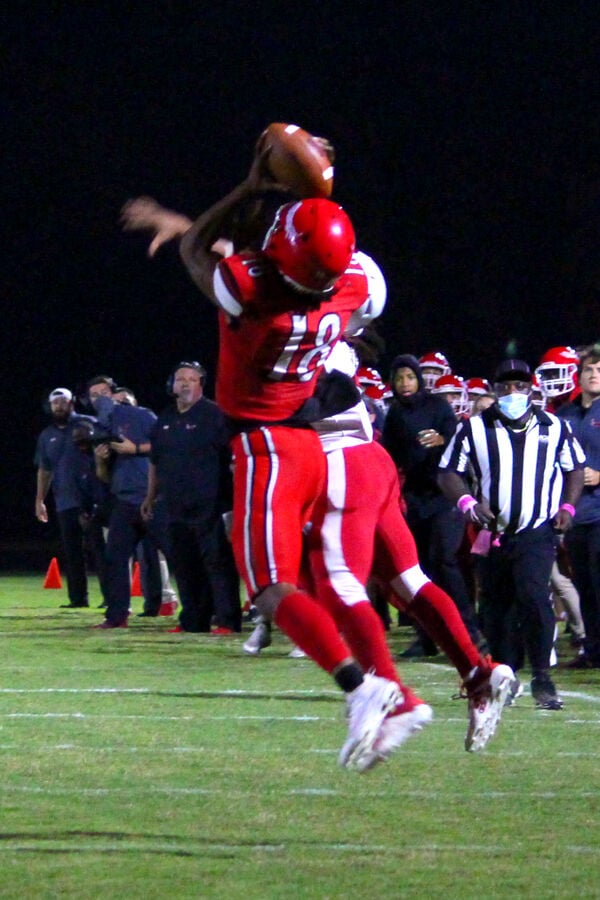 Marcus Harper pulls down a reception. 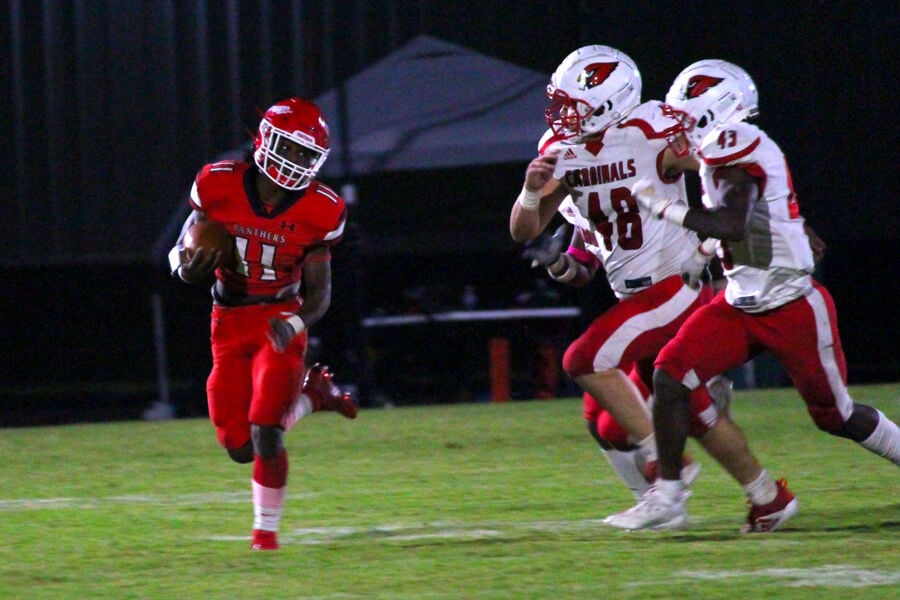 Kendrick Carey runs with the ball for Magnolia. 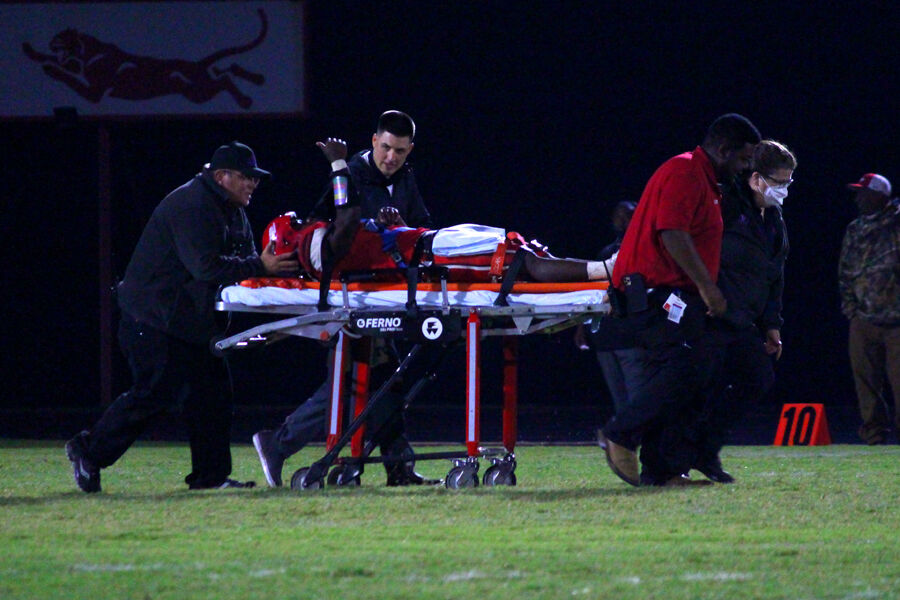 James'Davious Smith gives a thumbs-up as he leaves the first following a fourth-quarter injury.

Jordan Davis crosses the goal line for a touchdown.

Tanner Neilsen throws on the run.

Marcus Harper goes up for a pass reception.

Marcus Harper pulls down a reception.

Kendrick Carey runs with the ball for Magnolia.

James'Davious Smith gives a thumbs-up as he leaves the first following a fourth-quarter injury.

Magnolia saw a halftime lead slip away Friday as Camden Fairview scored 21 points in less than four minutes in the third quarter, as the Cardinals routed their hosts, 42-13, at Panther Stadium.

Magnolia, which had not played football in three weeks due to COVID-19 problems, was rusty and suffered four turnovers. Magnolia fell to 3-2 and 0-1 in Class 5A South. Camden Fairview improved to 3-4 and 1-2 in conference.

Magnolia reached the Camden Fairview 25 on its first drive but could not convert a fourth down. Magnolia’s Colton Skinner intercepted a pass at the Magnolia 15 and returned it to the Magnolia 34 but the new drive stalled at midfield.

The Panthers got on the board with 9:59 left in the half after Magnolia recovered a fumble at the Cardinals 32. Tanner Neilson threw a 24-yard touchdown pass to Jordan Davis. Jay Todd Baker kicked the extra point.

Magnolia’s next possession did not bode well for the rest of the game. The Panthers stopped the Cardinals at midfield but through a succession of penalties and lost yardage ended up facing 4th down and 40 at their own 20. Baker, on the field to punt, tried to scoop up a low snap. The ball flew into the air and was caught by Camden Fairview’s J’Koryai Rogers, who crossed the goal for a touchdown with 4:43 left in the second quarter.

The Panthers got the ball near the end of the half. Jace Carter ran up the middle for a 39-yard gain. The drive almost ended at the Camden Fairview 14 but an offside call gave Magnolia a first and goal at the 9. Magnolia got to the one-foot line but with time winding down, a Nielson pass to Garrion Curry was knocked down.

Baker kicked a 17-yard field goal from Neilson’s hold with 7.5 seconds left to give Magnolia a 10-7 lead.

Camden Fairview scored on its first possession of the second half – a 54-yard pass from Martavius Thomas to Jaden Bates with 7:57 in the third quarter.

The Cardinals recovered a fumble and were soon in the end zone again. Brandon Copeland caught a 33-yard pass for the score with 5:18 left in the third.

Camden Fairview recovered an onside kick at the Magnolia 37. Thomas ran for a 34-yard touchdown. In 3 minutes, 18 seconds, the Cardinals put 21 points on the board and led 28-10.

Magnolia’s next drive was more successful. Neilsen threw a 34-yard pass to Marcus Harper for a first down at the Magnolia 10. But once again, Magnolia had to rely on Baker for a 30-yard field goal, which was the Panthers’ final score.

Magnolia turned the ball over on downs on its next possession but that was soon the least of the Panthers’ worries.

James’Darious Smith was involved in a collision near the Magnolia 17 and collapsed to the turf. He lay motionless for about five minutes while he was attended by training staff and the Columbia County Ambulance Service. He was carried to a waiting ambulance on a stretcher but raised his arm and thumb to reassure the crowd.

Camden Fairview scored on the next play, a 17-yard pass to Bates.

The Cardinals defense stripped the ball from a Magnolia player on the next possession, leading to a 6-yard touchdown run by Ja’coriae Brown with 3:38 to play.

Magnolia travels to Hot Springs for a conference game next week.

Arkansas Republicans looking to move up raising money for 2022

560 people vote in Columbia County on first day of voting

Earnings down at Commercial Metals Company

One person killed in McNeil shooting