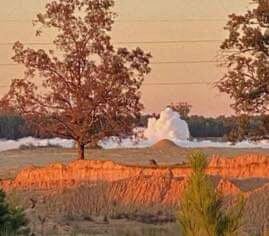 Liquid anhydrous ammonia leaks from a pipeline east of Hampton on Thursday evening, creating a cloud of corrosive and potentially deadly gas that hugged the ground. Photo by Hampton resident Prudence McCann. 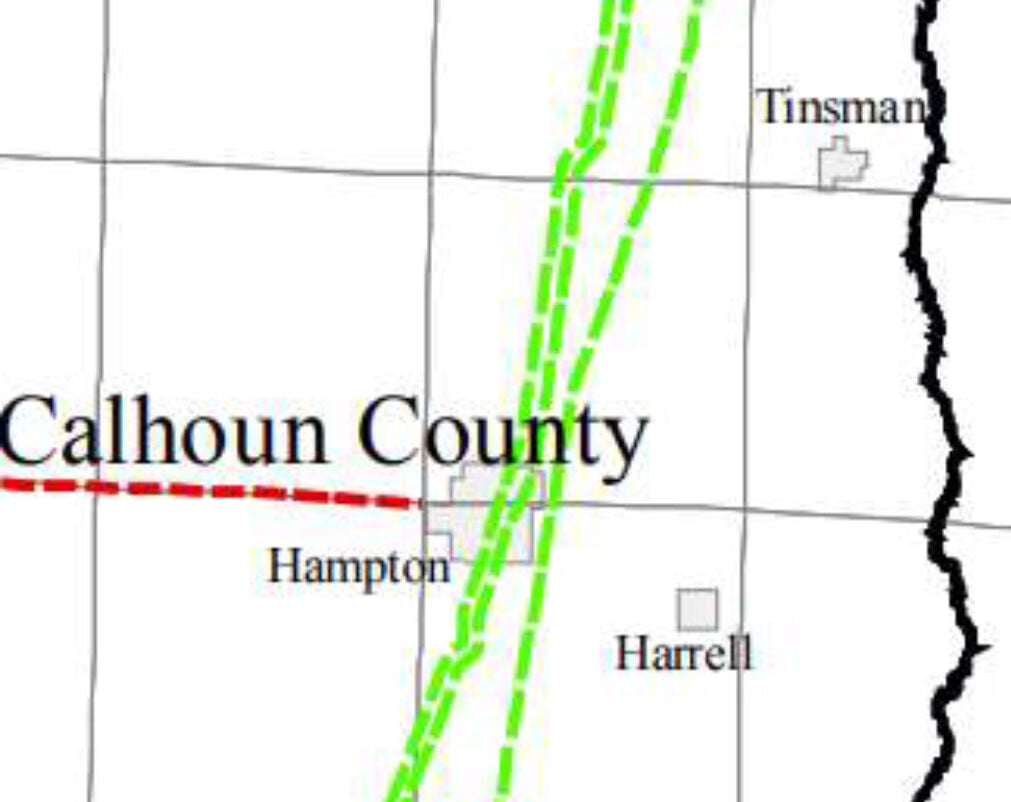 Liquid anhydrous ammonia leaks from a pipeline east of Hampton on Thursday evening, creating a cloud of corrosive and potentially deadly gas that hugged the ground. Photo by Hampton resident Prudence McCann.

The operator of an anhydrous ammonia pipeline said Friday that an excavator was responsible for the rupture of its pipeline near Hampton.

Chris Cho, spokesman for NuStar Pipeline Operating Partnership, said the leak was discovered about 7 p.m. Thursday on a segment of the pipeline after the line was damaged by the third-party excavator.

“NuStar personnel immediately implemented response procedures, which involved shutting down the pipeline and dispatching personnel to minimize the impact of the release,” Cho said.

“There were no reported injuries but out of an abundance of caution, we evacuated residents who live within a 2.5-mile radius of the pipeline. We have also contacted all appropriate emergency response and regulatory officials and are working closely with local authorities to secure and monitor the area.”

U.S. 278 east of Hampton was closed at 9:18 p.m. for a distance of 8.89 miles from just east of Hampton to the town of Banks in Bradley County. The roadway has since been reopened.

People on the west side of Hampton were told to shelter in place. Residents east of U.S. 167 were evacuated to Hampton High School.

The Hampton School District notified the public that it was declaring Friday as a “snow day.”

Anhydrous ammonia is a liquid commonly used in nitrogen fertilizer and as a refrigerant. In concentrated form, it is caustic and hazardous and can cause chemical burns.

It is toxic as a gas or liquid and is corrosive to human tissue. Exposure in large quantities can be fatal.

Last month, 70 employees of the Richelieu Foods pizza production facility in Wheeling, IL were evacuated and three were hospitalized due to a leak. On August 29, a derailment involving tank cars of anhydrous ammonia prompted the evacuation of New Hampton, IA. In June, hundreds of employees at a Tyson Foods processing plant in Waterloo, IA were evacuated due to a leak.

Rosston school will be part of Shade Trees on Playgrounds program

This is the season for pumpkins and squash

Powerball rolls over to $65 million for Monday drawing

News happens on weekends -- keep up with South Arkansas here