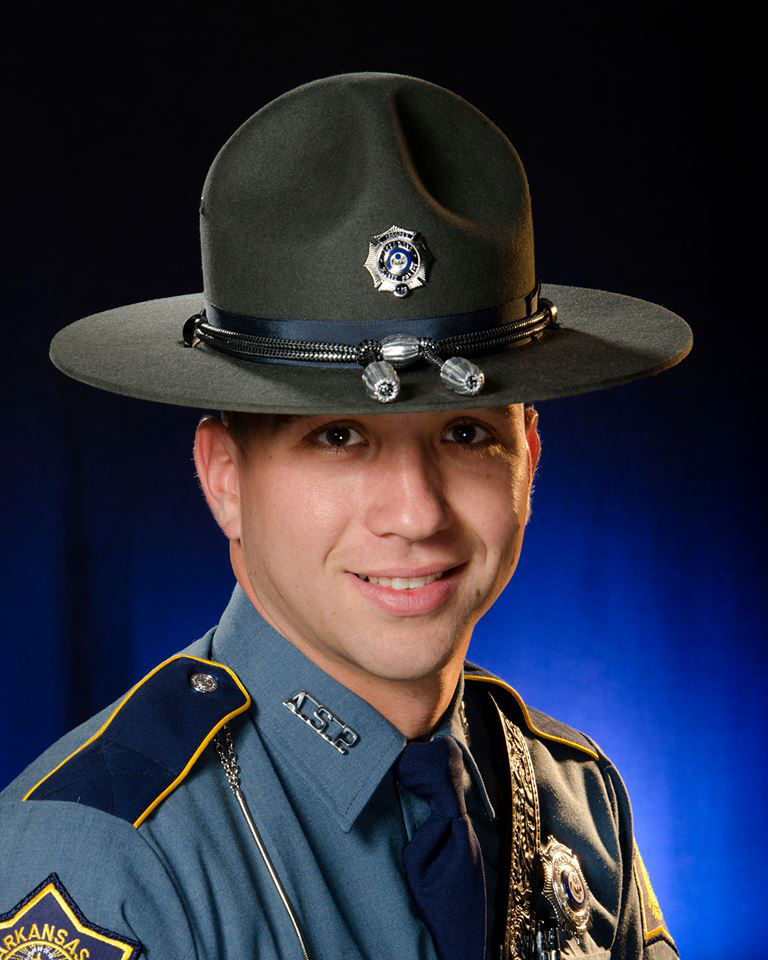 Elsbeth Tresa Kittinger, 49, of Fort Worth, TX, has been apprehended for shooting an Arkansas State Trooper near Malvern.

Elsbeth Tresa Kittinger, 49, of Fort Worth, TX, has been apprehended for shooting an Arkansas State Trooper near Malvern.

Arkansas State Trooper Kyle Sheldon was wounded Sunday night when he was shot during a traffic stop at U.S. 270 near Interstate 30 in Rockport (Hot Spring County).

His wound is not believed to be life threatening, however he remains hospitalized in stable condition.

The shooting incident was reported to state troopers at 8:42 p.m. as the suspect was asked to step outside the vehicle. It was at this time the driver fired on Trooper Sheldon.

Officers of the Malvern Police Department were parked near Trooper Sheldon’s patrol vehicle. Both had been in the area after answering a call unrelated to the traffic stop. The Malvern officers returned gunfire at the suspect who drove away in an older model Dodge pick-up truck.

Local law enforcement officers fired a second time at the suspect as she fled onto Doyle Jones Road about five miles away from the traffic stop and first shooting scene. Doyle Jones Road is east of Magnet Cove High School.

The suspect taken into custody was identified as Elsbeth Tresa Kittinger, 49, of Fort Worth, TX.

Kittinger sustained a gunshot wound and was transported to a Hot Springs hospital where she was treated and released into the custody of law enforcement officers. She is presently incarcerated at the Garland County Detention Center.

According to online records, Kittinger was arrested last December in Temple, TX, for possession of a controlled substance.

An investigation into the shooting has continued through the night under the supervision of Arkansas State Police Criminal Investigation Division Special Agents.

Investigative information from the case file being prepared by state police will be provided to the Hot Spring County prosecuting attorney on Monday in order to formally charge Kittinger.

Sheldon is assigned to State Police Troop K based in Hot Springs.

"Ever since I can remember I wanted to be a police officer. I am reminded by my Noni (my mother’s mother) every time I see her how she can remember me watching ‘Cops’ on television (which I now know isn’t real) instead of cartoons.

“As I spent most of my childhood being moved from place to place, with parents who chose a lifestyle on the wrong side of the law, my passion to become a police officer grew even stronger. I recall many times seeing the police at my house, and many times I was the one that called them. When I saw the lights and the uniforms pull in the yard I knew from that point on that I was safe.

“I told myself that I would be the one who broke the cycle, and that I would set a new course in my family. I was determined to be successful and I never gave up.

“At the age of 15, I met the most wonderful family that adopted me of as one of their own. They saved me, and they gave me a stable environment. For the first time in my life I experienced what it was like to be a part of a family. I graduated from Glen Rose High School, and attended Henderson State University before starting a job with the Arkansas Department of Correction. After spending 5 years there, I began working for the Malvern Police Department, and I worked there for almost three years. I always had a desire to be an Arkansas State Trooper and knew that was my ultimate goal. In May of 2015, my dream became a reality and I was hired by the Arkansas State Police.

“I wake up every day and put my uniform on with pride and honor. Every day I remember the road to where I am today was not easy, but I made it. I strive to be the best I can be every day, never passing up the opportunity to help someone in need. The chance to make a child smile, or show them that we are not the bad guys, gives me a great sense of community and I go home knowing I possibly made a difference.

“I learned early on that to get respect, I had to give respect. Many times I have seen kids in the same position I was in as a child. I take a lot of pride in trying to be their hope and their moment of safety, if only for a short time. In a time where our profession is under extreme scrutiny, I work every day to be a part of the change in my small corner of the world. I want to give my wife and children the life they deserve. I know to the world I may be just one person, but to one person I may be the whole world!"

WCA won't pick up any waste placed outside containers

Have a plan for your summer yard

Do you fear losing your job due to COVID-19 related layoffs, at least temporarily?