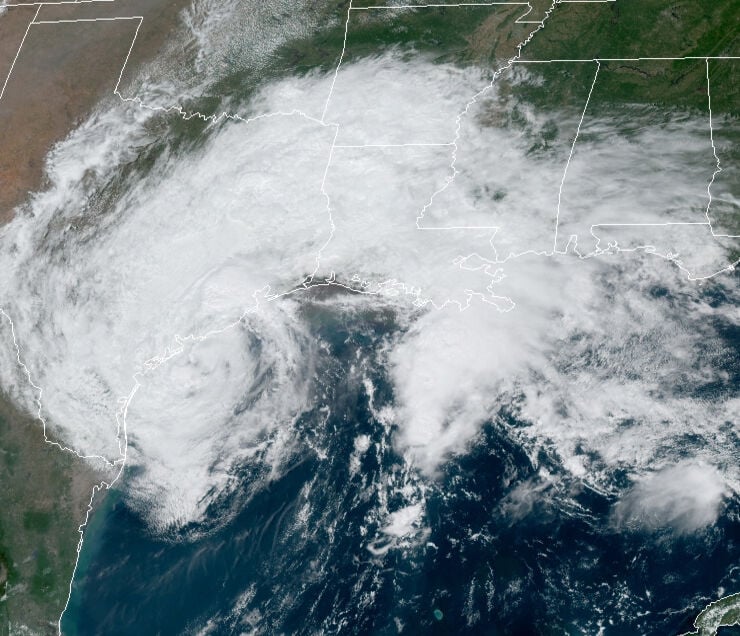 The center of circulation of Tropical Storm Beta was off the eastern coast of Texas on Monday afternoon. 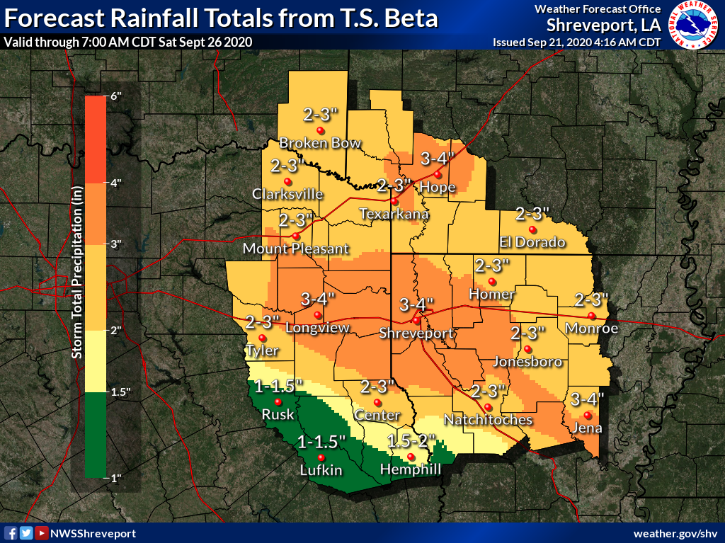 The Magnolia area will receive between 2-3 inches of rainfall from Tropical Storm Beta. 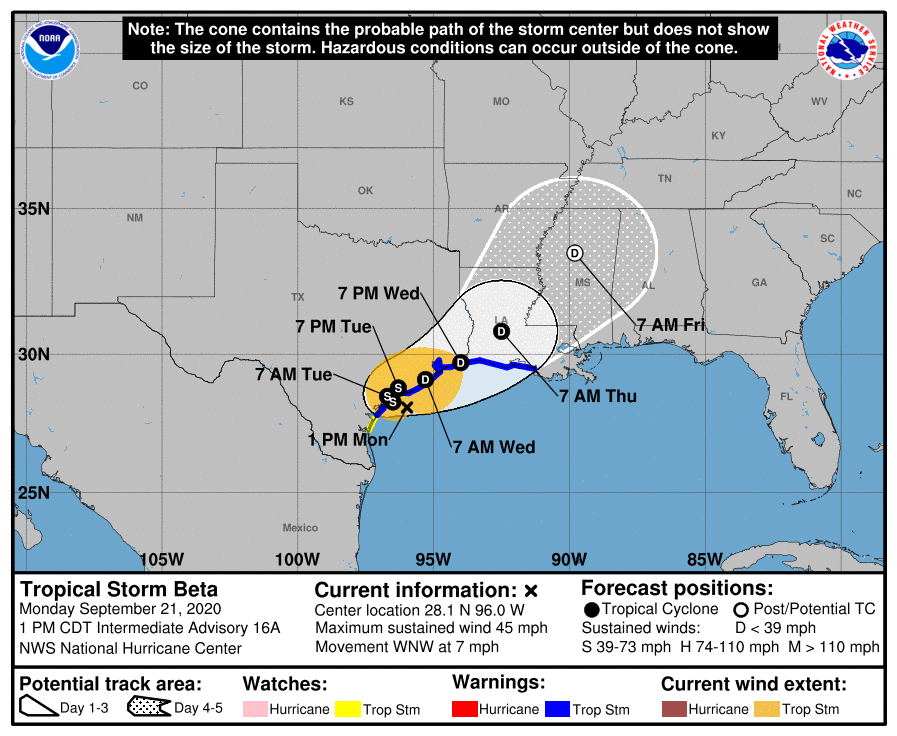 The movement of Tropical Storm Beta will affect weather throughout the Mid-South.

The center of circulation of Tropical Storm Beta was off the eastern coast of Texas on Monday afternoon.

The Magnolia area will receive between 2-3 inches of rainfall from Tropical Storm Beta.

The movement of Tropical Storm Beta will affect weather throughout the Mid-South.

The Magnolia area has begun receiving rainfall from the outer bands of Tropical Storm Beta, which on Monday afternoon was positioned off of Gulf Coast of Texas.

The National Weather Service in Shreveport predicts that South Arkansas, including the Magnolia area, will receive between 2-4 inches of rain from Beta through Friday.

On Monday afternoon, Magnolia was receiving intermittent, misty rain blowing slightly from east to west. magnoliareporter.com has recorded 0.61 inches of rain due to the storm. Rainfall for September now totals 2.4 inches, and is up to 49.79 inches since January 1.

Beta is expected to weaken into a tropical depression as it makes a turn to the northeast on Tuesday and Wednesday. It will continue to dump rain along the Texas and Louisiana coasts as it makes its way through central Louisiana and Mississippi into Friday.

A tropical storm warning is in effect for Port Aransas to Morgan City.

A tropical storm watch is in effect for Baffin Bay to Port Aransas.

Beta is moving toward the west-northwest near 7 mph, and this general motion is forecast to continue today. A decrease in forward speed and a sharp turn to the north and northeast are expected on Tuesday.

On the forecast track, the center of Beta will continue to move toward the central coast of Texas today and will likely move inland by tonight.

Beta is forecast to remain close to the coast of southeastern Texas on Tuesday and Wednesday.

Recent data from an Air Force Reserve reconnaissance aircraft and with Doppler weather radars indicate that maximum sustained winds have decreased to near 45 mph with higher gusts. Little change in strength is forecast before Beta reaches the Texas coast.

Through Friday, Beta is expected to produce rainfall accumulations of 5 to 10 inches with isolated totals of 15 inches from the middle Texas coast to southeast Louisiana. Rainfall totals of 3 to 5 inches are expected northward into the Ark-La-Tex region and east into the Lower Mississippi Valley through the end of the week.

Arkansas Republicans looking to move up raising money for 2022

560 people vote in Columbia County on first day of voting

Earnings down at Commercial Metals Company

One person killed in McNeil shooting