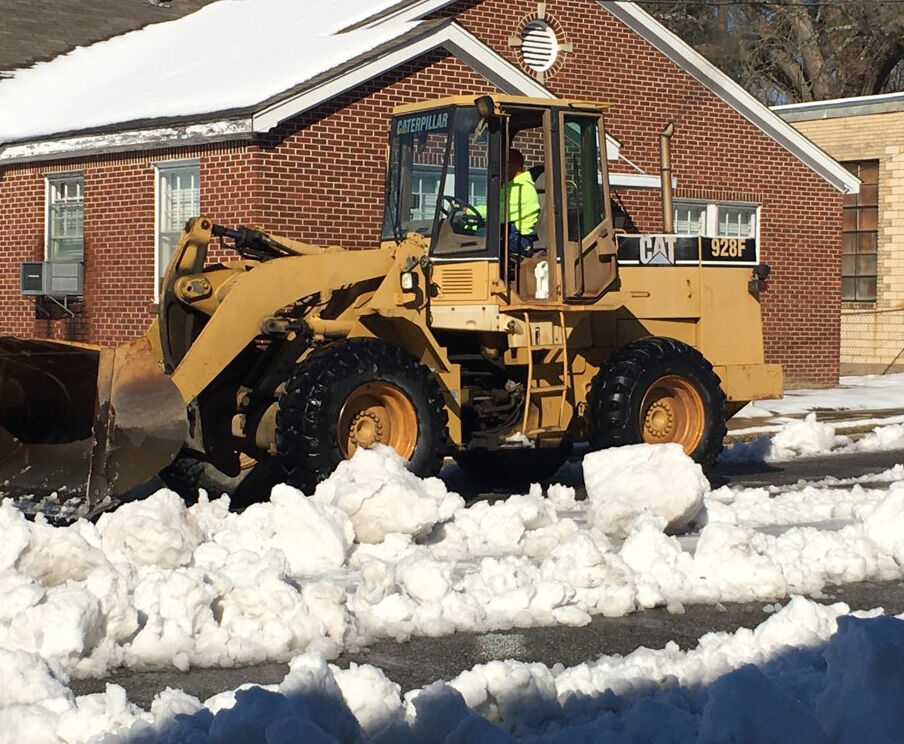 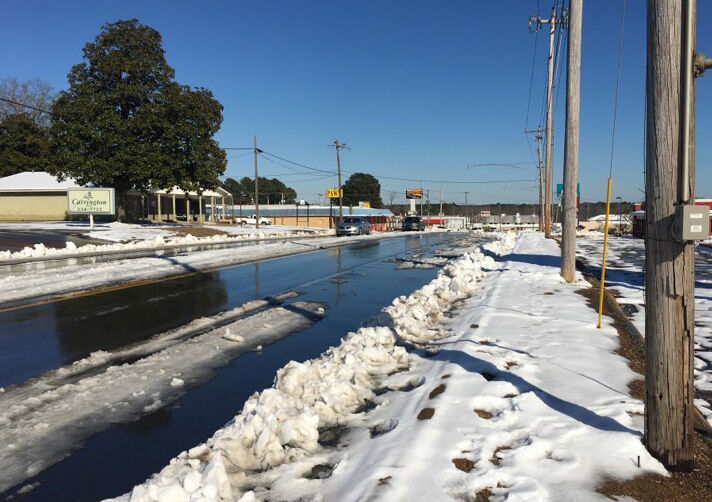 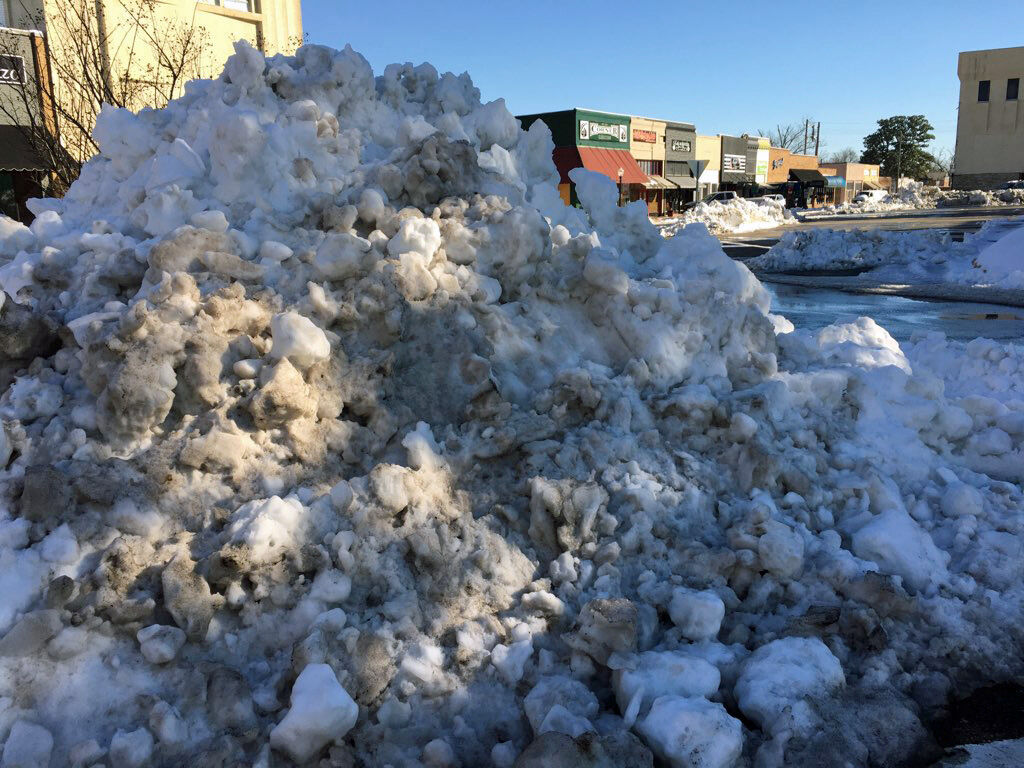 One of the traffic islands on the Magnolia Square is now an island of dirty snow.

One of the traffic islands on the Magnolia Square is now an island of dirty snow.

Magnolia was awaiting warm temperatures and perhaps rainfall on Sunday to clear away a record snowfall, kept on the ground for most of a week during a siege of record cold temperatures.

First, the Four State region will have to contend with the threat of “black ice” on roadways.

The National Weather Service in Shreveport on Sunday morning issued a special weather statement about the black ice phenomenon.

While temperatures well above freezing on Saturday began the thawing process, it also produced a sheen of water.

Temperatures near freezing or just below freezing overnight led to a refreezing of roads with black ice. The black ice warning is in effect through 9 a.m.

Elevated surfaces such as bridges and overpasses will be the first to develop icy conditions. Other wet roads will also become icy.

Motorists were urged to exercise caution and drive slowly if on area roads. Black ice is a circumstance when roads look wet, but are actually icy, catching many drivers off guard.

Otherwise, temperatures will warm quickly on Sunday ahead of a cold front that will be moving through the Four State region Sunday night. While showers are possible along and ahead of the cold front late today into tonight, only rain showers are expected with this storm system.

While there will be rain chances across much of the region as early as Wednesday, there could be a return to some thunderstorm chances by next weekend across the Four State Region.

Much of life in Magnolia returned to a semblance of normal on Saturday, even while road crews tried to break up icy roads.

magnoliareporter.com recorded a total of 10.25 inches of snow from the storms Sunday night and Monday, and Tuesday night and Wednesday. Magnolia’s temperature hit 0 degrees in the pre-dawn hours of Tuesday.

Most Magnolia businesses that are normally open on Saturdays were open, although some had abbreviated hours. East-west roads that receive the full advantage of clear skies and a bright sun, with temperatures in the 40s. However, north-south roads, and less traveled side road or roads shaded by trees or buildings, appeared little different from conditions on Friday.

Temperatures will be in the 50s and low 60s through Saturday. Overnight lows will climb above freezing on Tuesday night.

It is only with the thaw that residents may see the real impact on things like water lines and roadways. Many residents have reported water line breaks. Water officials in Waldo, McNeil and Stephens have all reported cold-weather related line problems.

Drivers may see an explosion in the number of potholes as ice has expanded cracks in streets.