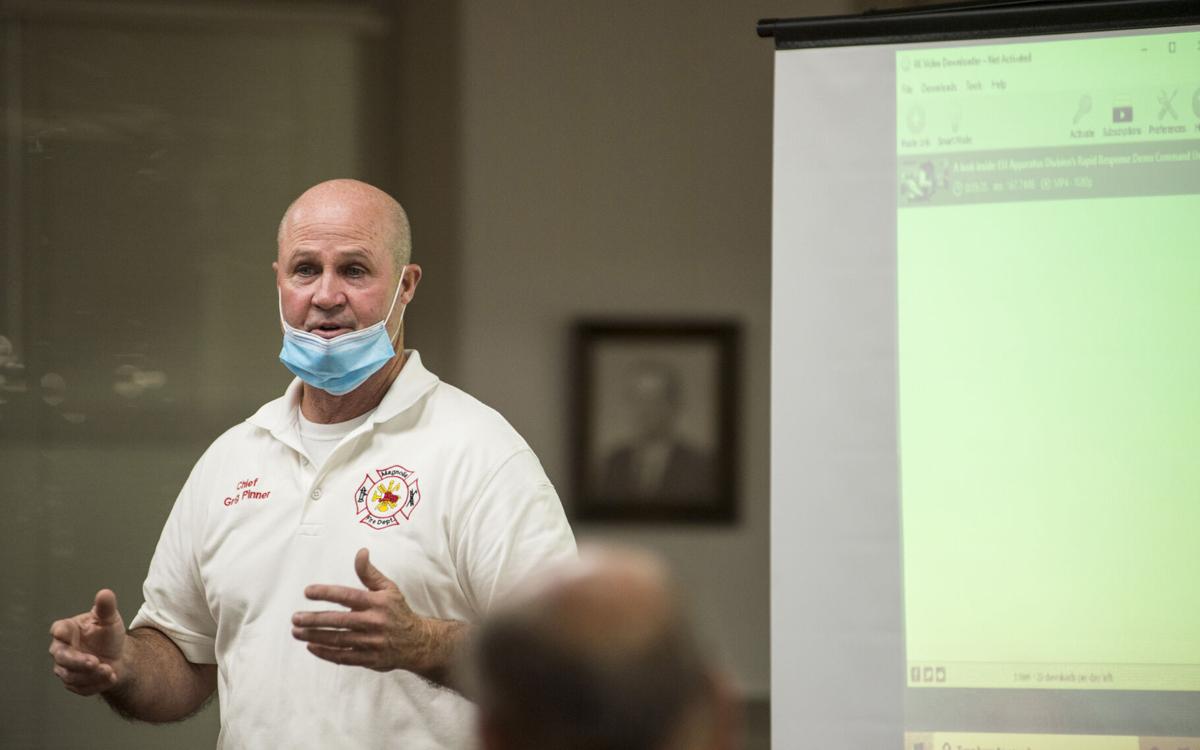 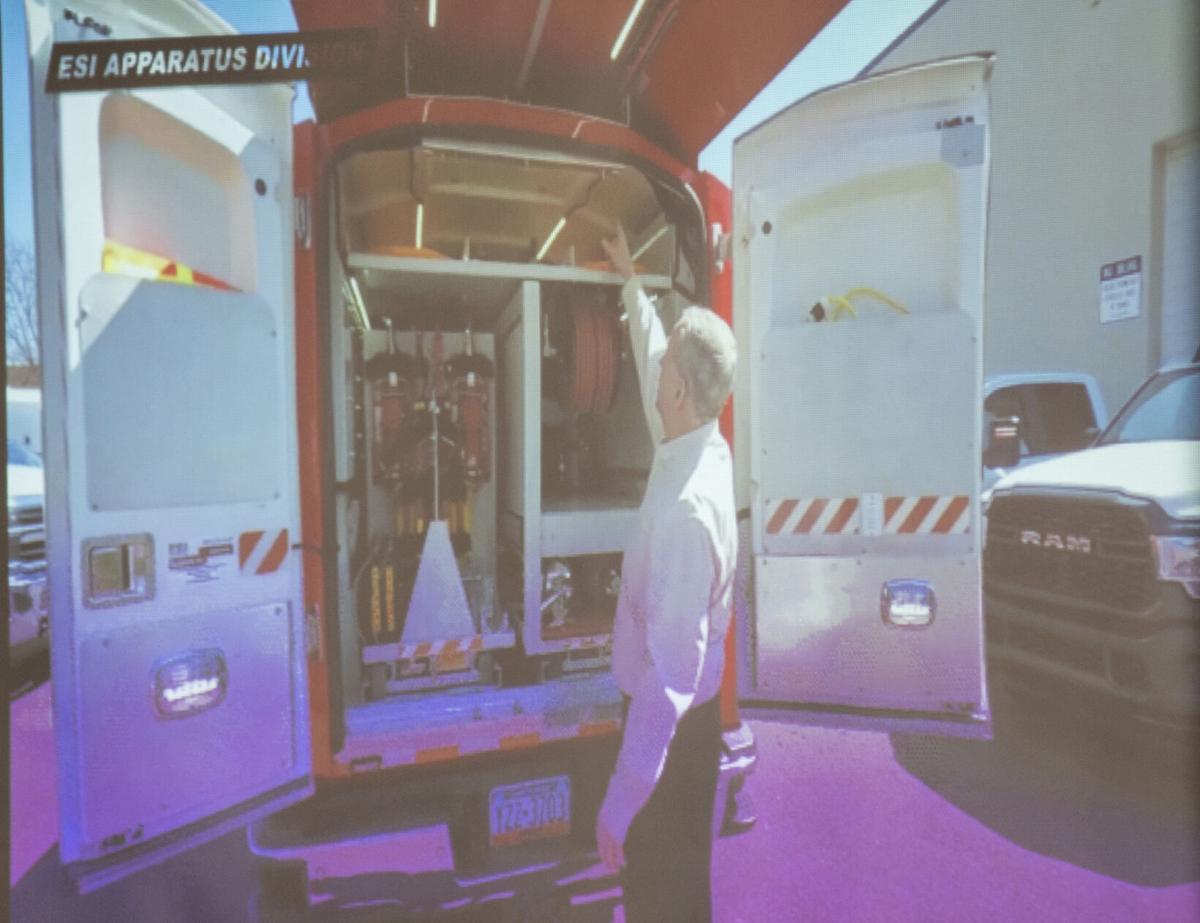 With the Magnolia Fire Department expected to take over countywide rescue services next year, MFD Chief Greg Pinner on Monday issued a special presentation to the Columbia County Quorum Court concerning an equipment solution for the foreseeable future.

The city official gave specs for a specialized camper shell setup to be placed on a one-ton pickup truck as the best method to meet the rapid response rescue needs of Magnolia and Columbia County.

The rig, made by ESI Equipment Inc., features portable “jaws of life” cutters to cut away car doors and spreaders to spread apart crunched vehicles, as well as upwards of 250 gallons of water and foam retardant for potential fiery accidents. The price of the camper shell setup is $71,000, while the truck will cost around $30,000, according to Pinner.

Additional costs will also be required to retrofit the new rescue truck with emergency equipment. The setup can also be transferred to multiple different vehicles already in circulation and is expected to be usable for decades.

“This camper shell will be good for three trucks,” said Pinner. “Magnolia Fire Department thinks we can make a truck last for 30 years. If we buy a truck, that means we won’t ever have to think about it again.”

The rescue truck purchase is a joint venture between Columbia County and the city of Magnolia. The two local governments were thrust into the rescue truck purchase after the current rescue provider, Columbia County Ambulance Service, announced earlier this year that it was phasing out of the business. The private company has covered local rescue operations for more than 20 years.

The ambulance service cited added costs due to minimum wage increases as one of the primary reasons for the move. The company will continue to offer its traditional emergency ambulance services, but the rescue operation next year will be handled through MFD.

Columbia County was one of the few counties in Arkansas that still used a private business for rescue operations.

The county and the city of Magnolia have agreed to split the cost of the new rescue equipment equally. County and city officials have already held meetings to hash out details of the deal. The purchase, though, is not final yet. The total cost of the rescue truck project is approximately $150,000, according to Columbia County Justice of the Peace Jason Ray.

The JP has also made it clear that an additional, portable jaws of life extractor setup should be purchased for an additional $10,000. The second set of equipment will be battery-operated and can be carried to another rescue scene in the county, if the primary rescue truck is already in service at another location.

“I don’t think that we can in good conscience go into this whole thing without having a tool that we can put on a different truck to leave the station,” he said.

“...I don’t think that we can move forward without that extra tool.”

With the Quorum Court agreeing to move forward with the deal on Monday, the city and the county attorneys are now set to enter final negotiations on the matter, according to County Judge Denny Foster.

Powerball rolls over to $231 million

Southern Forest Products Association summit free to all in 2020

Are you interested in growing organic crops? UA wants to know

Temperatures should be well below freezing by Tuesday morning

Pulaski Academy too much for Magnolia in Class 5A quarterfinals