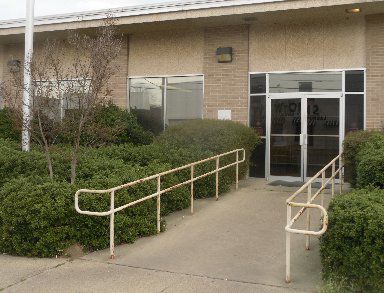 An unidentified United States Postal Service employee has been placed on “non-duty status” as the post office continues to investigate an apparent large-scale theft of mail from possibly hundreds of Magnolia residents.

A spokesman for the USPS Office of Inspector General told magnoliareporter.com on Thursday that the office received an allegation regarding missing mail on April 18.

“Special Agents from our Little Rock, AR office immediately responded and an investigation was initiated. The responsible employee has been identified and is currently in a non-duty status. Victim notification letters have been sent and the recovered mail will be returned at conclusion of the investigation,” said Jaldrys Lowry, public information officer for the USPS’s Southern Area Field Office of the USPS-Office of Inspector General.

“At this time, no additional information related to this investigation is available for public release due to Privacy Act considerations and the ongoing status of the USPS OIG’s investigation,” the statement said.

“This type of alleged behavior within the Postal Service is not tolerated and the overwhelming majority of Postal Service employees, which serve the public, are honest, hardworking, and trustworthy individuals who would never consider engaging in any type of criminal behavior,” the statement read.

Lowry said the Privacy Act of 1974 prohibits the release of information about internal actions the USPS may have taken against an employee, “the exception being when criminal charges are filed and the information becomes a matter of public record.”

For now, that means the Magnolia postal customers whose mail was apparently stolen and kept by a local USPS employee will remain in the dark about the details.

magnoliareporter.com began receiving messages Wednesday afternoon from readers who said they had received large bundles of United States mail, some of it postmarked in May 2017.

Some of those readers got a form letter from the United States Postal Service Office of Inspector General, Southern Area Field Office in Little Rock.

The letter read, “On May 29, 2018, the United States Postal Service-Office of Inspector General concluded an investigation involving allegations of mail theft. The USPS-OIG recovered mail, pursuant to this investigation, which is included with this letter.

“We apologize for any inconvenience this may have caused you. Please be aware that the United States Postal Service and the USPS-OIG take mail theft very seriously.”

The news website has received dozens of emails and Facebook page posts from residents who said that they had received bundles (some people got several bundles) of previously undelivered mail.

Reports of missing mail came from Melrose Street, University Street and Carson Circle in northwest Magnolia, and Marcella, McArthur and Blackberry streets west of the U.S. 79 bypass. However, the bulk of complaints came from residents in neighborhoods east of the bypass, including the Warnock Springs Road, Whippoorwill Road and Old El Dorado Highway areas.

While the USPS statement said that an investigation was begun in April, readers told magnoliareporter.com that they’ve been complaining to the Magnolia post office about missing mail for months.

Readers also told the website how the mail theft affected them, and one reader had a possible explanation of what happened.

“I got the letter about mail theft (Wednesday) all by itself in my mailbox on Chinquepin and then later I saw my carrier delivering again and I asked her about the letter,” said Ruth Dixon. “She said only my route was affected and that a female carrier had some mental problems or something and had stolen lots of mail but supposedly she kept all of the mail and it was discovered at her house.”

Readers noted inconveniences they have suffered.

“After not receiving several credit card, phone, and medical bills, and a rather large check, I reported the missing mail to the Post Office several months ago. Glad to know they really investigated it. Cost me several late fees and quite a bit of time straightening everything out,” said Kay Whitehead.

“I started reporting it to the post office back in August of last year and continued and it was the same with me -- checks and bills I never received,” said Marianne Sepulvado.

“A lot of important mail was withheld and delivered months after,” said Divaa’ Bianca.

“In today's mail I received a check from 4/30 on an account I closed and four birthday cards from earlier this year,” wrote Anne Shelton.

“I paid late fees on stuff I didn’t get billed for. Lost packages! Two moves and almost nothing forwarded. This is a nightmare! Demanding answers!” said Tommye Croft.

Tony Heniman wrote, “I sure think the local P.O. owes the citizens an official explanation and apology.”

Aside from the name of the postal employee involved, many questions remain unanswered about the case. They include information on when the thefts began, the quantity of mail stolen, the number of customers affected, and when and how the stolen mail was recovered.

There’s no word from the post office about whether cash was stolen from the mail, whether any stolen checks were cashed, or the status of any packages or merchandise that may have been stolen.

Correspondence that goes through the mail often includes financial records such as bank and credit card statements. There is no information on whether any of that information was compromised or provided to third parties.

Also unclear is whether people have any legal recourse to recoup late fees on bills they never received, or expenses involving checks that could not be cashed, or income they may have to restate because of late-arriving checks.

There’s also no information on whether mostly incoming or outgoing mail was affected.

Federal mail theft is a felony, punishable by up to five years in a federal prison and fines of up to $250,000.

Columbia County Fair from the air

Don't fall for the grandchild scam

TXKToday.com : Boogaloo Boy gets 50 years to reflect on extremism

The Arkadelphian : Motorcycle Cannonball rolls through Arkadelphia on Wednesday

Monday at the Columbia County Fair: Parade and Queen Pageant