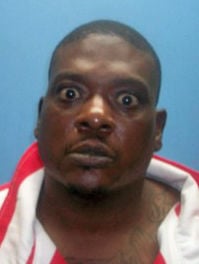 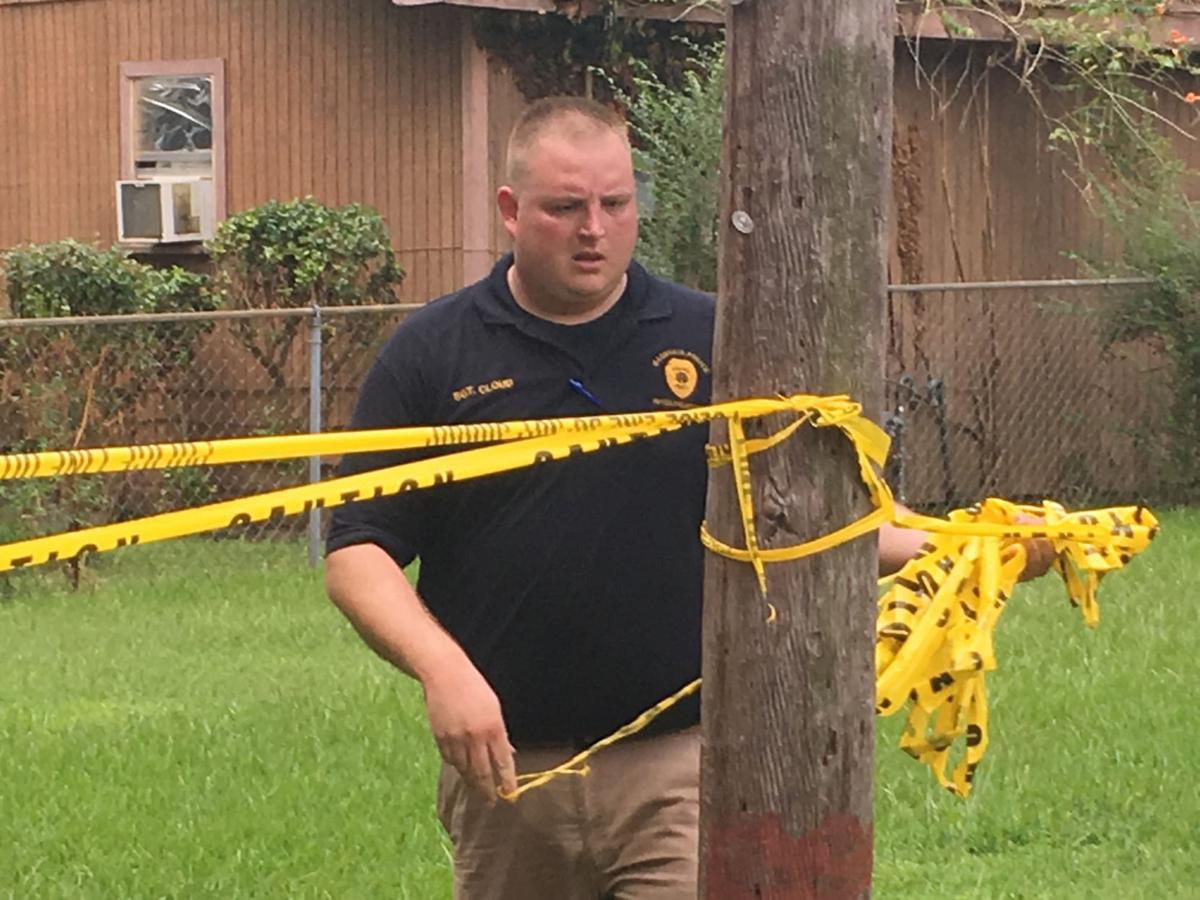 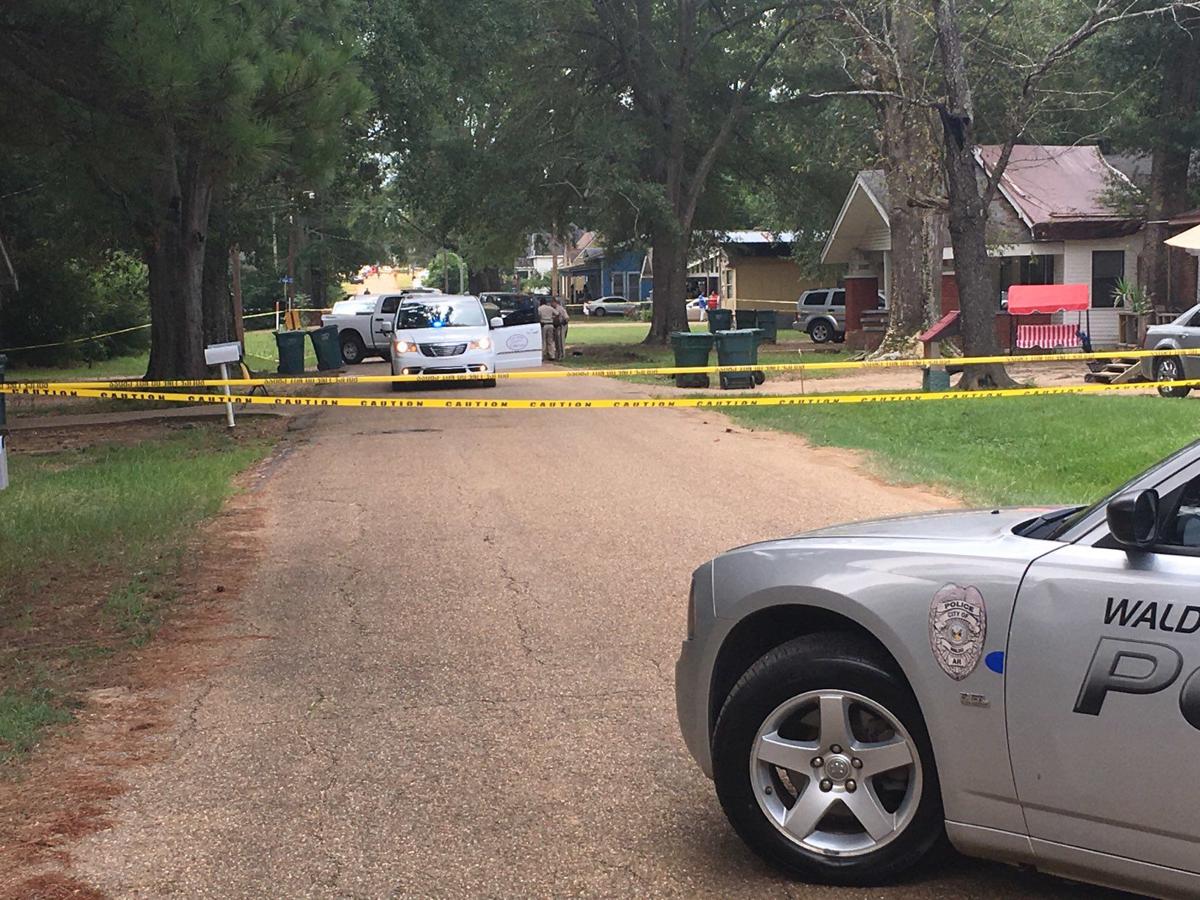 A Waldo Police Department car and crime scene tape block off a homicide location in Waldo on Tuesday afternoon. 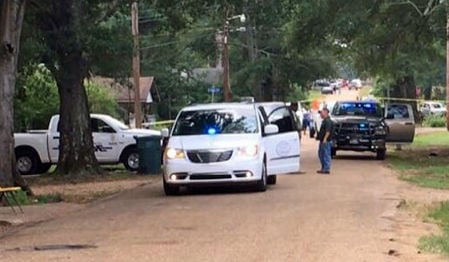 Stanley Milner was the victim of a homicide in Waldo on Tuesday.

A Waldo Police Department car and crime scene tape block off a homicide location in Waldo on Tuesday afternoon.

Stanley Milner was the victim of a homicide in Waldo on Tuesday.

Mario D. Easter, 39, of Waldo was charged with capital murder early Wednesday in the death of Stanley Levon Milner, 32, also of Waldo.

The Columbia County Sheriff’s Office said in a statement that at approximately 11:57 a.m. Tuesday, Waldo Police Chief Reggie Ellis was notified of a body lying in the roadway on North Locust Street. When he arrived, he found Milner in the street in the 700 block of North Locust.

The statement said the investigation developed Easter as a suspect. Circuit Court Judge David Talley Jr. approved a warrant for his arrest.

Easter was located at the intersection of Boundary and West Monroe Street in Magnolia traveling east in a white 2007 Dodge Charger. Investigator James Skinner with the Columbia County Sheriff’s Office made contact with Easter, who was taken into custody at 1:53 a.m. Wednesday.

Easter is held at the Columbia County Justice and Detention Facility. He is awaiting his first court appearance on charges of capital murder and possession of a firearm by certain persons.

No bond has been set.

Booked into the county jail just prior to Easter’s arrest were three other persons charged with tampering with physical evidence. They are Roosevelt Easter, 60, Janice Maria Easter, 59, and Billie James McBride, 69. They are held under $250,000 bond each. Sheriff Mike Loe would not say on Wednesday morning if those arrests were related to the arrest of Mario Easter.

Milner’s body was taken to the State Crime Lab in Little Rock. No cause of death has been released, but it was believed that Milner had been shot.

Waldo Police and the Columbia County Sheriff’s Office taped off North Locust between Roselawn and Neill streets for the investigation. The scene was cleared by 2 p.m.

Easter has a record of previous arrests in Columbia County, but nothing since September 2010. According to court records, he entered a plea of guilty to a charge of failure to appear. He received a 60-month suspended imposition of sentence.

Prior to that, he entered a guilty plea to the manufacture, delivery and possession of methamphetamine, for which he also received a 60-month suspended imposition of sentence in 2009.

Previous charges of terroristic threatening, possession of a firearm by certain persons were not prosecuted. Easter was also found guilty of making and delivering meth in 1999, when he was 20.

According to court records, Milner has arrests dating back more than a decade. Still open is an October 2016 case in which Milner was charged with possession of methamphetamine, possession of drug paraphernalia and fleeing on foot.

This is the second homicide in Waldo this year. There’s still been no arrest in the Sunday, January 27 shooting death of Wallace Turner Jr.

Turner, 39, was found dead on Columbia Road 58 just outside the city limits.

In the Turner case, Columbia County Central Dispatch received a 911 call about 9:30 a.m. Turner visited a Waldo convenience store shortly before he was killed and was seen leaving the store on foot, walking west. Turner lived near the location where he was killed.

This is a developing story. See more details later on our website.

Mega Millions up to $378 million

Poll: Most readers have ridden a horse

Have you seen a strange creature outdoors in South Arkansas that you cannot explain?