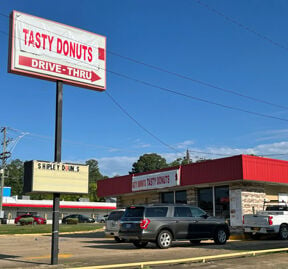 The Tasty Donuts location at 1500 E. Main. Owners Bun Chhhun and Vin Thada Tv are being sued by Shipley Franchise Company for violation of a decade-old franchise agreement. 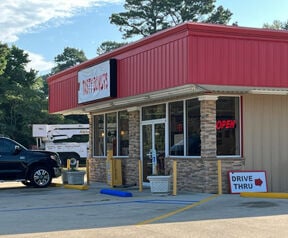 The Tasty Donuts location at 1500 E. Main. Owners Bun Chhhun and Vin Thada Tv are being sued by Shipley Franchise Company for violation of a decade-old franchise agreement.

The parent company and a subsidiary of Shipley Do-nuts are suing its Magnolia franchise holders, alleging breaches of franchise agreements.

Chhhun and Tv have not yet responded to a request from magnoliareporter.com for comment.

The plaintiffs said in their filing that the defendants ran their Magnolia locations at 1500 E. Main and 1216 N. Jackson successfully until early 2022. It was then that Chhhun and Tv breached their franchise agreements by failing to install standardized Shipley Do-Nuts point-of-sale systems that the company required all franchises to use.

“Shipley Franchise even offered to pay for the acquisition and installation of this new point-of-sale equipment,” the suit said.

“Defendants resisted installing this new point-of-sale equipment because it provided easily accessible sales records to Plaintiff Shipley Franchise, and thus, made it difficult to under-report revenues for the purpose of calculating the periodic franchise royalty,” the suit said.

Tv and Chhhun were notified on May 10 that their failure to install the POS equipment was considered a breach of the franchise agreements, and were warned that failure to comply within 10 days would lead to the termination of their franchise.

“This letter also reminded Defendants that, if the agreements were terminated, Defendants would be prohibited from selling any do-nuts or similar products from the location of their current Shipley Do-Nuts shops.

The attempts of Chhhun and Tv to sell their franchise, to cease operating them, and to run the locations outside the guidelines of Shipley franchise rules put them in violation of their franchise agreements, the company claims.

Shipley Franchise said its franchise agreements with Chhhun and Tv are enforceable for 15 years – starting in 2011 for the East Main location, and 2013 at the North Jackson site.

In relation to the East Main location, Shipley Franchise claims damages from lost future royalties at no less than $13,600. Shipley Flour & Supply claims it will suffer lost profits for do-nut mix, fillings and icings sold to the defendants of no less than $100,000.

In relation to the North Jackson location, the company is claiming lost franchise royalties of $38,800, and the supply company claims the loss on profits from sales at more than $280,850.

Shipley Franchise and Shipley Flour & Supply want a jury trial and a judgement to accomplish the following:

-- A finding that Tv and Chhhun violated the franchise agreements and that the plaintiffs be awarded the damages they seek.

-- A finding that rules the franchise agreement terminated, and an order to prevent the defendants from operating a donut or kolache shop at the current locations or within 25 miles.

-- An order for the payment of the plaintiff’s costs and attorney fees.

Robert McGahan, chief financial officer of Shipley Franchise and Shipley Do-Nut Flour and Supply, submitted a sworn verification that their allegations are true. The plaintiffs are represented by Judy Simmons Henry of Wright, Lindsey & Jennings of Little Rock.

How would you rate your family’s preparedness to be self-sufficient in water, food, fuel and other basic supplies for several days following a natural disaster?