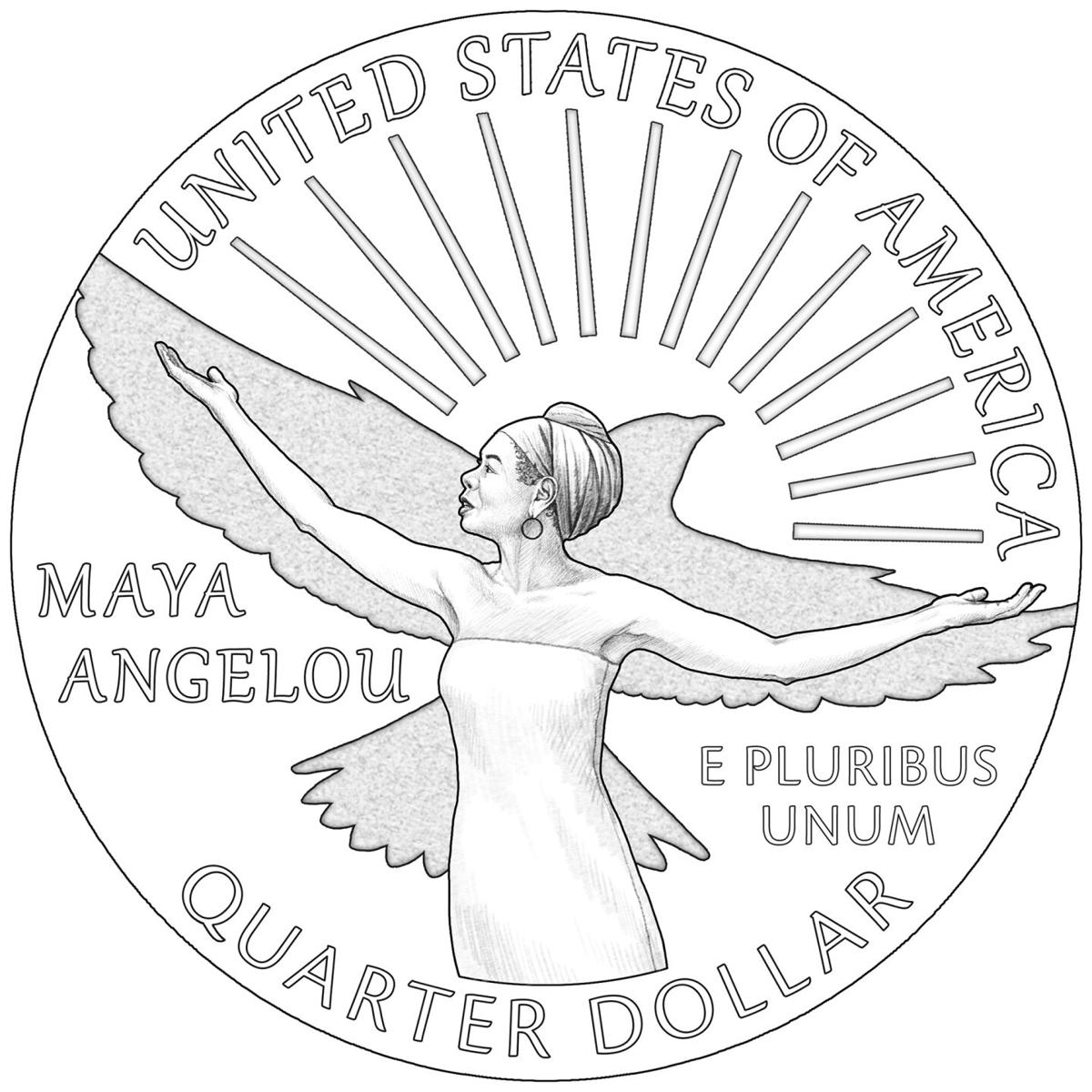 The reverse side of the 2022 Maya Angelou quarter. 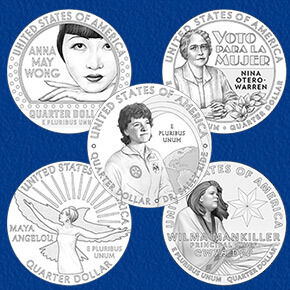 The designs of the 2022 American Women Quarters Program, featuring Maya Angelou, who was raised in Stamps, along with Dr. Sally Ride, Wilma Mankiller, Nina Otero-Warren and Anna May Wong.

The reverse side of the 2022 Maya Angelou quarter.

The designs of the 2022 American Women Quarters Program, featuring Maya Angelou, who was raised in Stamps, along with Dr. Sally Ride, Wilma Mankiller, Nina Otero-Warren and Anna May Wong.

The United States Mint has announced the official design for the Maya Angelou quarter, and the other four coins in the American Women Quarters Program.

Authorized by Public Law 116-330, this four-year program features coins with reverse (tails) designs emblematic of the accomplishments and contributions of trailblazing American women.

Beginning in 2022 and continuing through 2025, the Mint will issue five quarters in each of these years. The ethnically, racially, and geographically diverse group of individuals honored through this program reflects a wide range of accomplishments and fields, including suffrage, civil rights, abolition, government, humanities, science, space, and the arts. The 2022 coins recognize the achievements of Maya Angelou, who was raised in Stamps, along with Dr. Sally Ride, Wilma Mankiller, Nina Otero-Warren and Anna May Wong.

“These inspiring coin designs tell the stories of five extraordinary women whose contributions are indelibly etched in American culture,” said United States Mint Acting Director Alison L. Doone. “Generations to come will look at coins bearing these designs and be reminded of what can be accomplished with vision, determination and a desire to improve opportunities for all.”

Maya Angelou was a celebrated writer, performer and social activist.

The design depicts Maya Angelou with her arms uplifted. Behind her are a bird in flight and a rising sun, images inspired by her poetry and symbolic of the way she lived. Inscriptions are “UNITED STATES OF AMERICA,” “MAYA ANGELOU,” “E PLURIBUS UNUM,” and “QUARTER DOLLAR.”

Also honored with quarters in the 2022 series are:

Wilma Mankiller -- first woman elected principal chief of the Cherokee Nation and an activist for Native American and women’s rights.

Anna May Wong -- first Chinese American film star in Hollywood, who left a legacy for women in the film industry.

The obverse design of all coins in the American Women Quarters Program is by Laura Gardin Fraser, one of the most prolific female sculptors of the early 20th century, whose works span the art and numismatic worlds. Fraser’s design depicts a portrait of George Washington, which was originally composed and sculpted as a candidate to mark George Washington’s 200th birthday. Though recommended for the 1932 quarter, then-Treasury Secretary Mellon ultimately selected the familiar John Flannigan design. Inscriptions are “LIBERTY,” “IN GOD WE TRUST,” and “2022.”

On-sale dates for products containing the 2022 American Women Quarters Program will be published on the Mint’s Product Schedule.