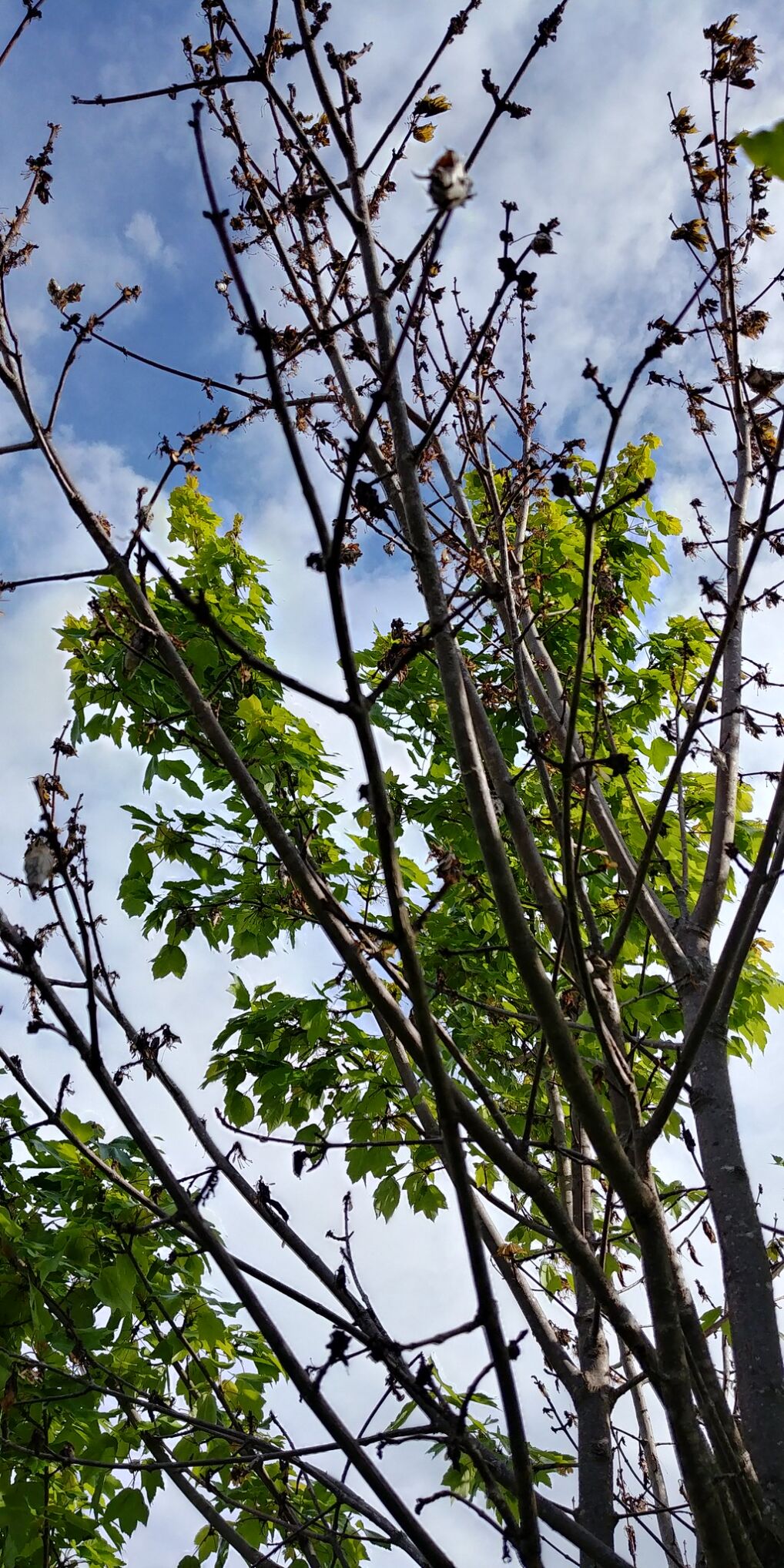 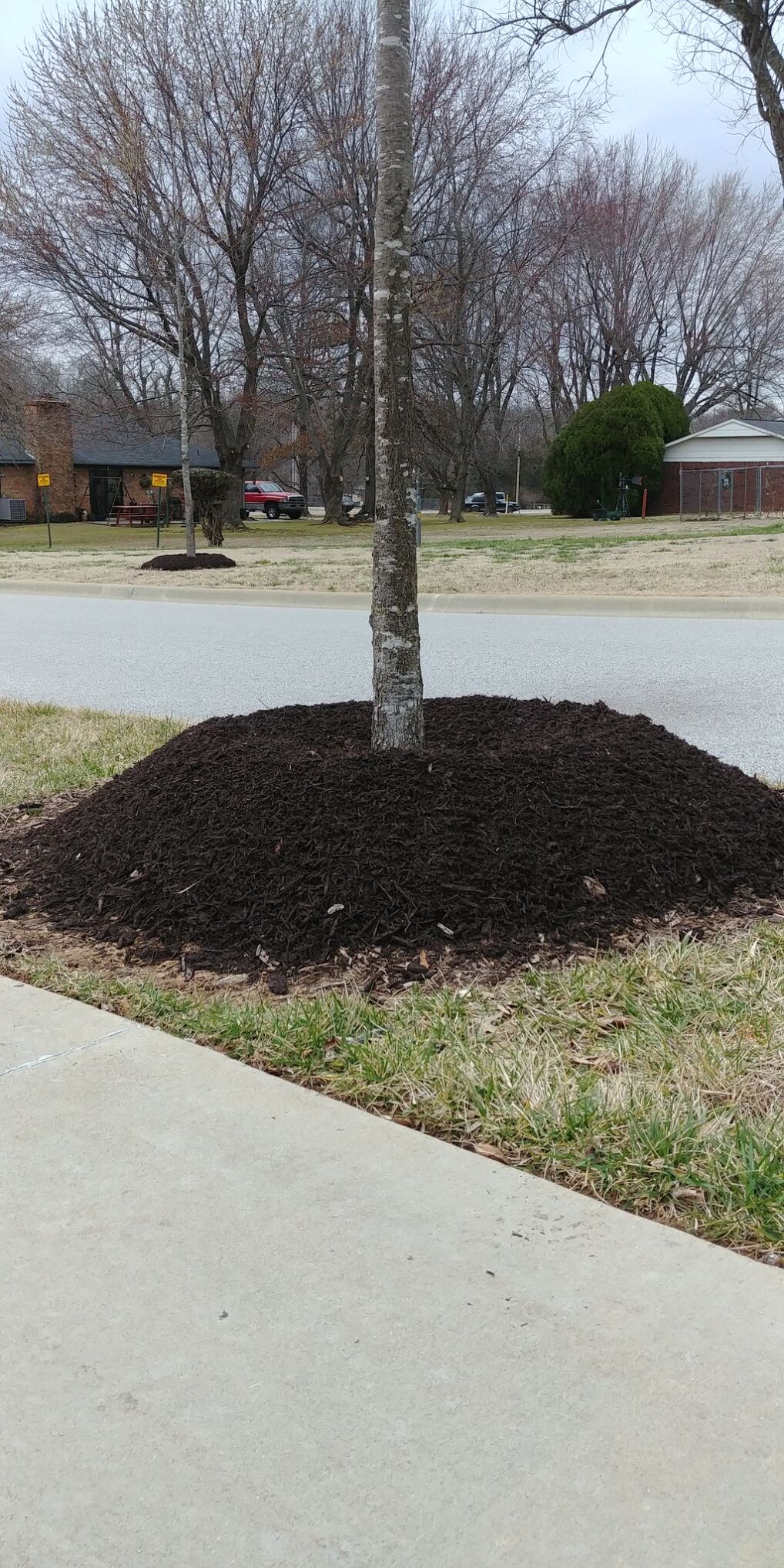 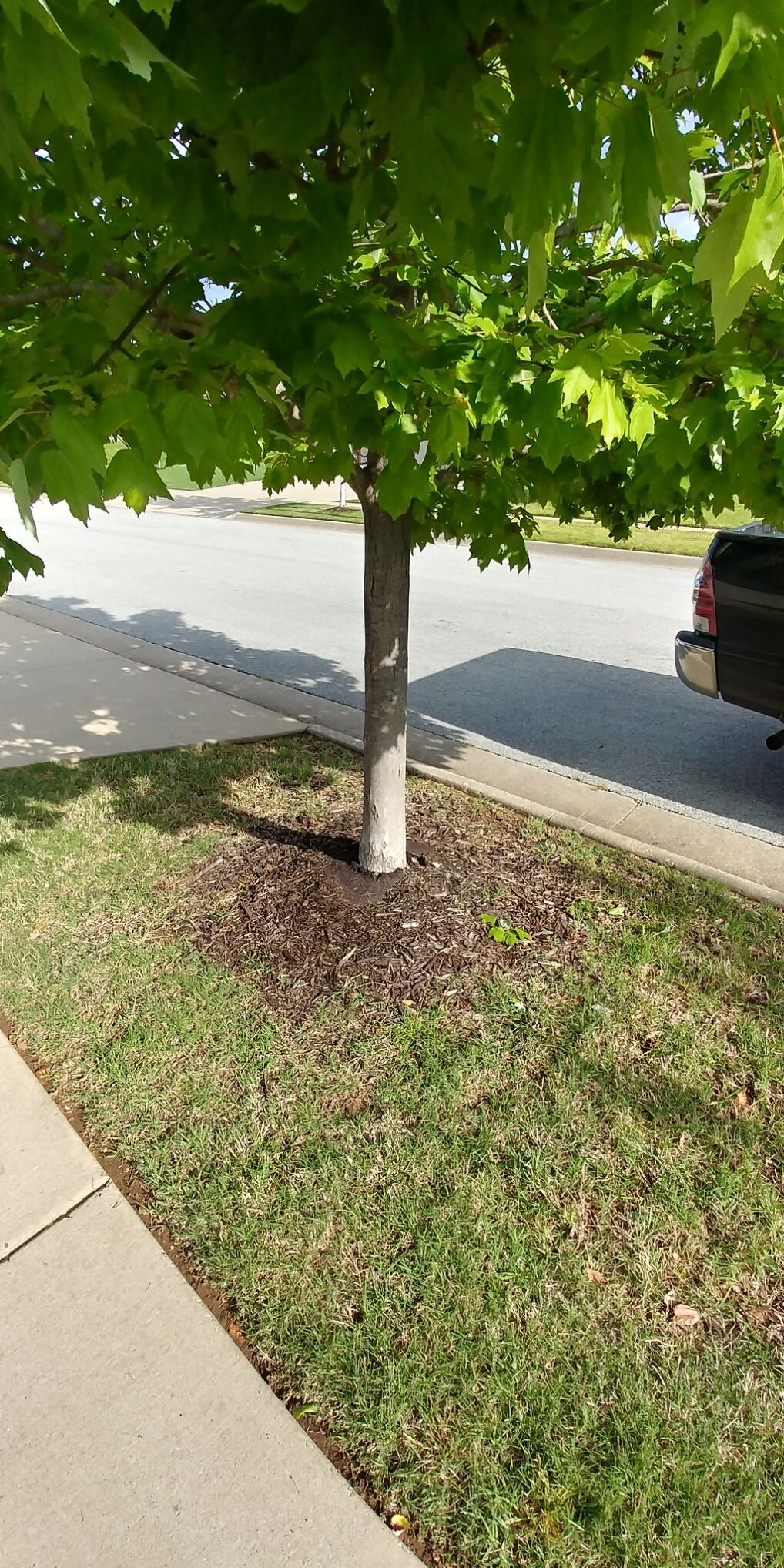 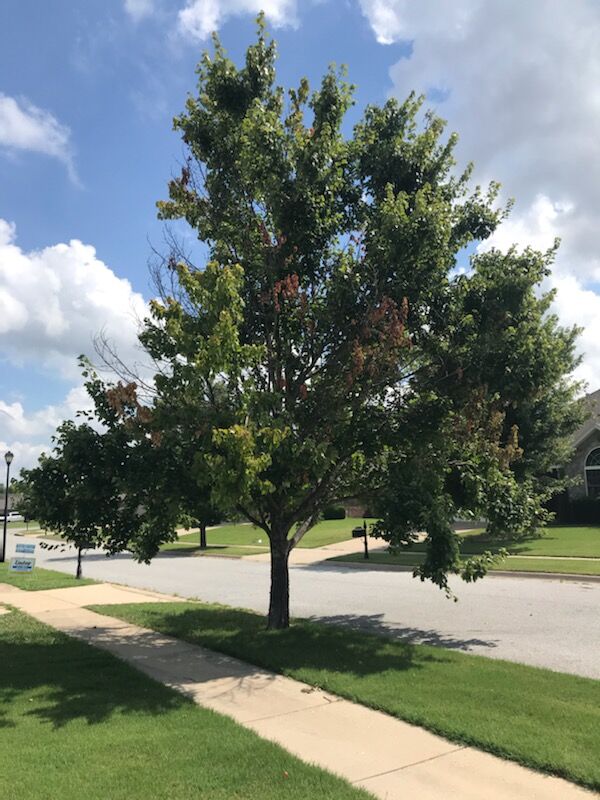 Trees planted along urban streets in cities and towns throughout Arkansas have seen better days.

Over the last several years, arborists have noted an increase in the decline, mortality, and removal of urban street trees, which add beauty, shade and other benefits to areas otherwise dominated by vehicle traffic and asphalt.

“Here in northwest Arkansas, this has been most visible on red maple,” Massey said.

Red maple (Acer rubrum) is widely planted due to its popularity as a street and landscape tree, he said. It was listed as the 2003 Tree of the Year by the Society of Municipal Arborists (SMA).

Red maples offer a fast growth rate but often exhibit shallow root systems and thin bark that is susceptible to sun injury, also known as sunscald. Red maple cultivars such as “Red Sunset” and “October Glory” can provide striking color to the fall landscape, maturing on average to a height of 45 feet, with a canopy spread of 35 feet.

These benefits also offset many costs that residents would otherwise be required to mitigate or even pay for, such as increased energy bills or water treatment due to soil erosion, Massey said. Research also shows that landscape trees significantly increase home values.

Oftentimes, trees planted in urban areas, especially those lining streets or in medians that separate directional traffic, are simply not afforded the space their roots will need to grow as the tree matures. Sixteen square feet may seem like a vast expanse for a yearling; for a 15-year-old maple or oak, not so much.

“Tree roots are hidden from view, which may lead one to understate their importance,” Massey said. “Roots not only supply trees with vital nutrients and water, but also provide food storage and anchor the tree structurally.

“A concept that is not well understood is that tree roots mostly grow outward, laterally, extending at least to the drip-line of the leaf canopy, and often two or three times that distance, depending on the species and maturity,” he said. The drip-line is an imaginary line defined by the spread of the leaf canopy at which rain would fall unobstructed by leaves.

Most tree roots, especially fine-absorbing roots, grow in the top 12 inches of soil where oxygen, water and nutrients are most available. Roots are sensitive to abiotic disorders — environmental factors such as drought, excessive moisture, chemical exposure, physical disturbance from construction, soil compaction or lack of a suitable root zone. These factors stress trees, making them even more susceptible to secondary injury from pathogens, insects or exposure, Massey said. Root injury can be difficult to diagnose, as symptoms often occur years after planting.

“Sadly, the point at which the decline is recognized is often too late to remedy,” he said. “Trees may experience rapid death or may decline across several years.”

Across Arkansas, red maples have been — and continue to be — planted in urban landscapes and as street trees. All too often, however, these beautiful trees are planted in areas far insufficient to support their required root zone, for example, a 4-by-6-foot patch of grass between a street curb and a sidewalk.

Compounding this issue are the use of impervious surfaces such as sidewalks, streets and driveways that limit root expansion, as well as compacted soil from construction. There is also often stress from environmental factors such as pollution, excess nutrients or repeat applications of herbicides over the root zone. If trees are initially stressed by root confinement, they are more susceptible to injury from these secondary pathways.

Another common problem that can accelerate decline is improper mulching, Massey said.

“Mulch is often piled nearly a foot high, touching the trunk or root flare,” he said. “This method of mulching not only traps moisture against the trunk, which may accelerate decay and introduce disease or trunk failure, but also limits oxygen and water exchange to roots. Mulch should never exceed 3-4 inches of depth, and an inch or two of space should be left between the mulch and trunk.”

The best time to save an urban tree from these dismal fates is, of course, before it’s even planted.

“Thoughtful consideration should be given during the planning and implementation phase to select the correct plants for a specific location,” Massey said. “Consider mature size, the tree’s root zone and what adequate maintenance will look like.

“While there are many factors — and often, multiple factors — that can lead to tree decline, following best practices on the front end can significantly extend the lifespan of urban trees,” he said.

To receive the ecosystem services and benefits of trees, arboriculture experts agree that the number of surviving trees, as well as planting rates, have to exceed the death and removal rate, especially in rapidly urbanizing areas, Massey said.

“If considerable forethought is not given to planning, maintenance, and sustaining urban tree health, rapid and widespread decline of urban plantings is likely to continue,” he said. “Municipal planners, urban foresters, developers, and homeowners should consider best practices during the planning phase of development with emphasis on ‘right plant, right place.’”

CLICK HERE to read more community news on our website. Tell your friends and family that thanks to our advertisers, they can read news for free on our website.

FayettevilleFlyer.com : Arrests made in 2017 hit-and-run death