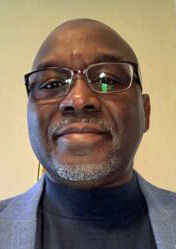 Pastor Billy Burris of St. Peter Missionary Baptist Church in Little Rock believes the church needs to truly be a part of the community. 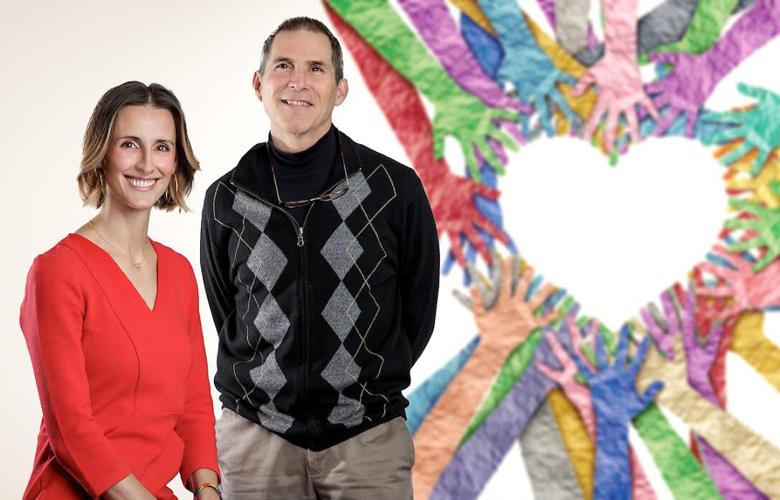 Rebecca Glazier and Gerald Driskill are researchers who work on the Little Rock Congregation Study, a community-based research project that engages students in learning about the impact of faith-based community engagement.

Pastor Billy Burris of St. Peter Missionary Baptist Church in Little Rock believes the church needs to truly be a part of the community.

Rebecca Glazier and Gerald Driskill are researchers who work on the Little Rock Congregation Study, a community-based research project that engages students in learning about the impact of faith-based community engagement.

Pastor Billy Burris at St. Peter Missionary Baptist Church in Little Rock believes the church needs to truly be a part of the community. This means providing support to neighbors, being a sounding board and discussing social issues like racial justice, he said.

Burris is a Magnolia native and a 1975 graduate of Magnolia High School.

St. Peter Missionary Baptist Church was one of the first congregations to participate in the University of Arkansas at Little Rock-based Little Rock Congregations Study, which has released a free resource guide for congregations interested in pursuing faith-based racial justice and reconciliation work.

-- The Interracial Friendship Model focuses on building relationships with congregations across racial and religious divides.

-- The Scripture Model touches on the importance of examining religious texts to highlight racial justice as essential to scripture.

-- The Racial Audit Model emphasizes that racism can be perpetuated by systems, including religious institutions, and can be used by congregations to assess their own history of racism and racial justice.

The Little Rock Congregations Study is a long-term, community-based research project launched in 2012 by Rebecca Glazier, associate professor of political science at UALR. The project involves conducting a big survey of congregations during presidential election years and smaller studies in odd-numbered years.

The 2020 study revealed race relations is the main issue people want their places of worship engaged in helping to solve. However, religious leaders are not always confident on how to approach the subject, Glazier said.

A $5,000 Jack Shand Research Grant from the Society for the Scientific Study of Religion allowed Glazier’s team to spend about a year researching this issue.

UA Clinton School of Public Service students conducted interviews with faith-based racial justice leaders around the country. Team members also interviewed about two dozen religious leaders and clergy members in Little Rock of different ethnic and faith backgrounds about how they were engaging racial justice through their congregations.

This research resulted in the development of the resource packet, “the heart of which is really those models,” she said. The guide also includes questions to help congregations decide which model might work best for them, scripture that supports racial justice and a list of resources like books and documentaries.

The models were officially released during the Little Rock Faith and Race Summit in November, but Glazier said the data wasn’t the event’s main focus. Instead, it was about making personal connections over meals and conversations together.

“I want to see there be progress on racial justice issues in our city, and I think that’s only going to happen – not necessarily from my statistics – I think it’s going to happen when faith leaders are connecting with each other and recognizing the religious importance of this issue,” she said.

As part of Burris’ efforts to bridge racial divides, the African American pastor said he’s developed relationships with white churches and their congregations have hosted prayer meetings and services together.

“I just believe that when churches come together, no matter what race or creed or color, then we can really do the work assigned to us by our Lord and Savior,” he said.

Burris said he’s always thought Little Rock was a great city, but believes “we have a ways to go in race relations.” The city is “still somewhat divided” and an important part of addressing that is by discussing these issues at an early age, he said.

“We have to start early, I believe, in our schools, in our elementary classes, teaching young children that everybody is the same, that it don’t matter what color you are,” Burris said. “Because if you start early, then you can stem that tide early because racism is not something you’re born with, it’s something that’s been taught.”

Burris said the Little Rock Congregations Study is great and his “hope and prayer” is that society, including government officials, look at this data and use it in a positive way instead of for political gain.

In the coming months, Glazier said she hopes to seek more feedback from congregations and conduct additional data collection to see how making connections and having conversations can help “smooth over what can be difficult conversations about race.”

COVID-19 deaths up by four in South Arkansas counties

Should Magnolia establish an entertainment district so that people may drink alcoholic beverages outdoors near the Square under certain conditions?