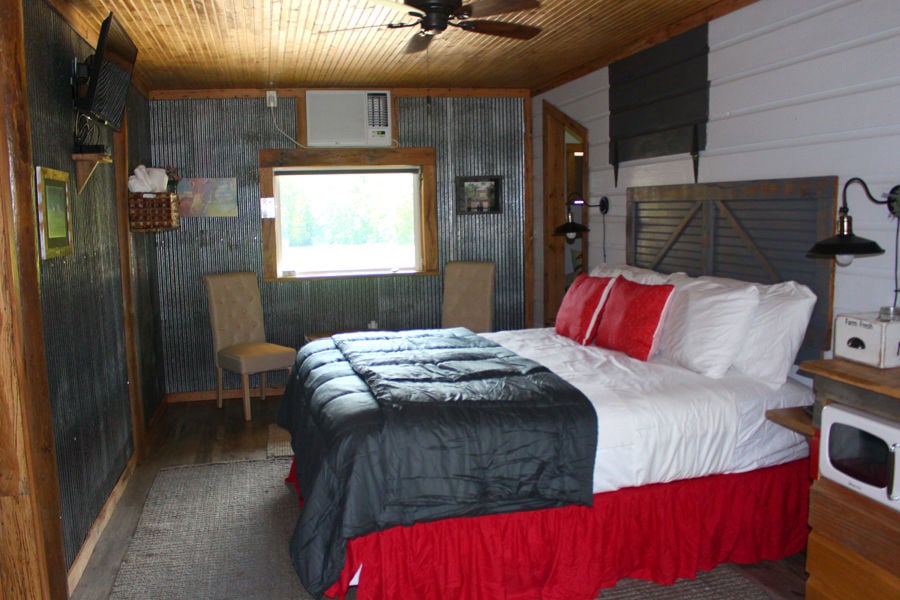 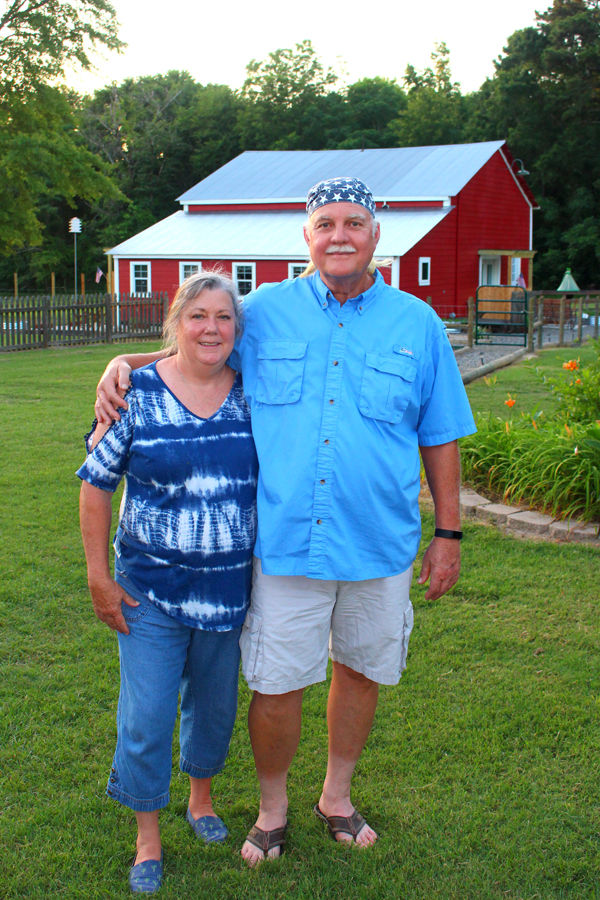 Julie and Jim Nicholson are the owners of Moe & Willie's B&B in the Calhoun community. 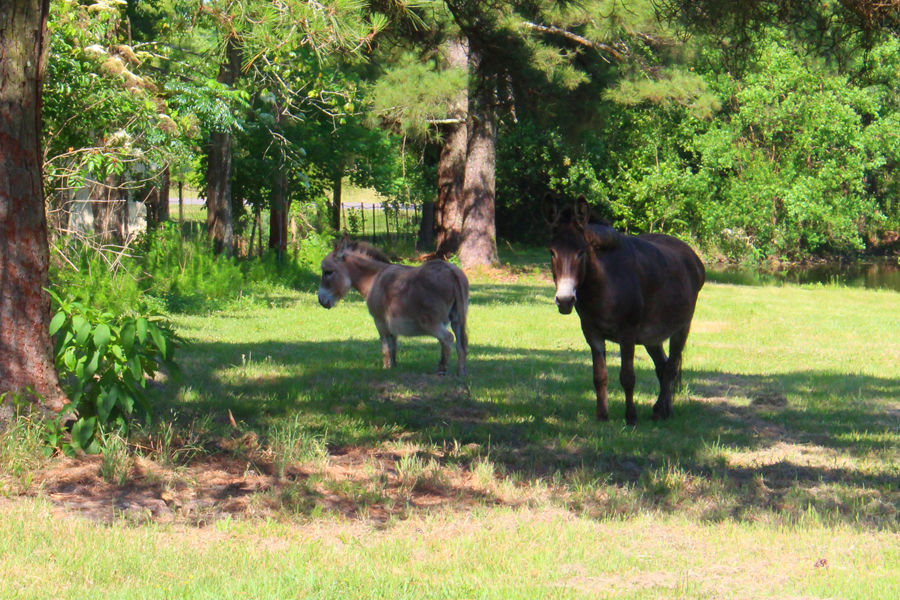 The namesake donkeys of Moe & Willie's B&B. Willie is at the left, Moe is at the right. 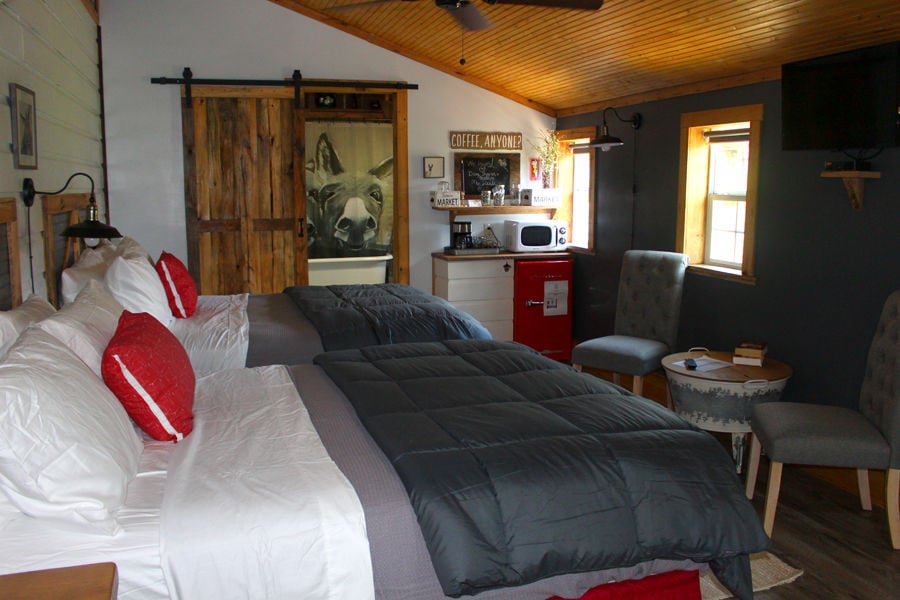 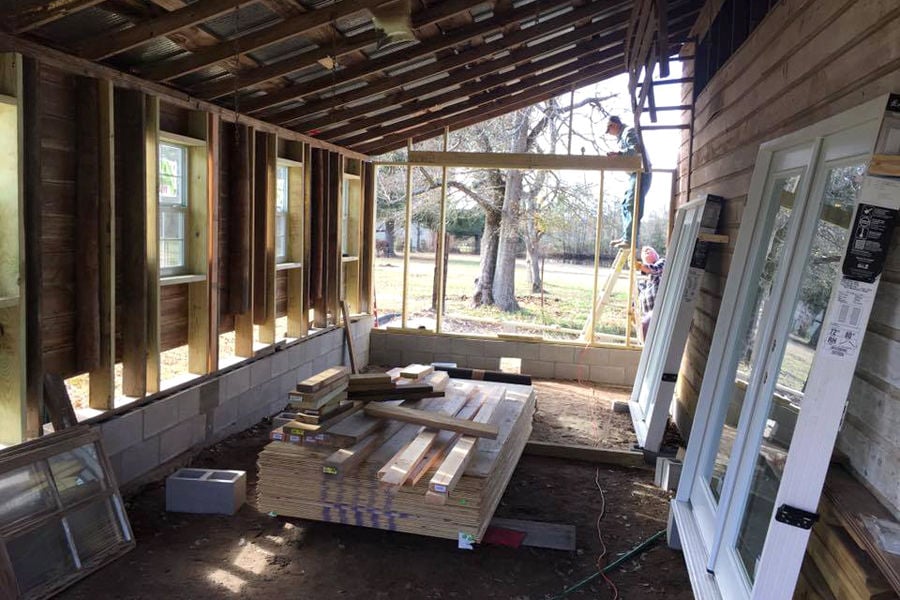 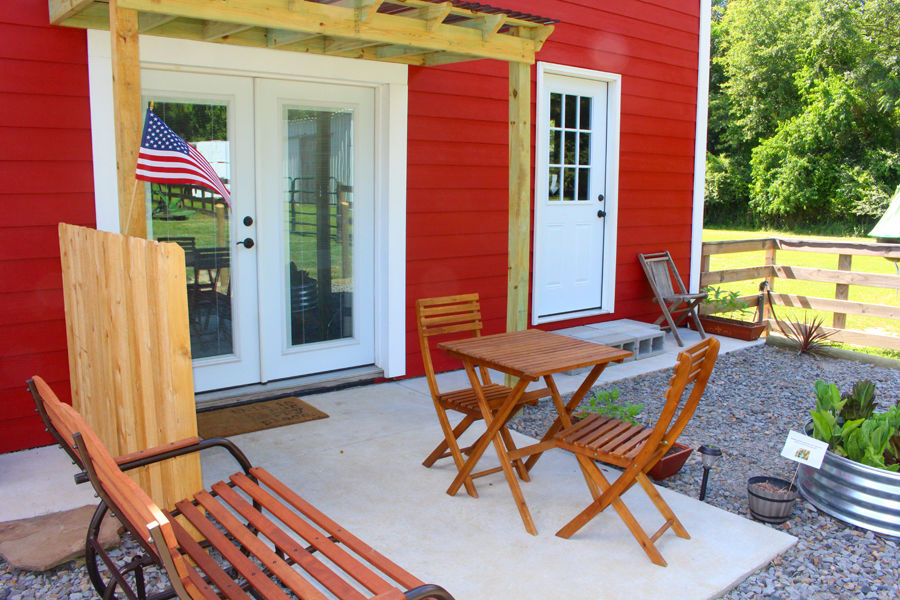 An outdoor space at Moe & Willie's B&B in Calhoun. 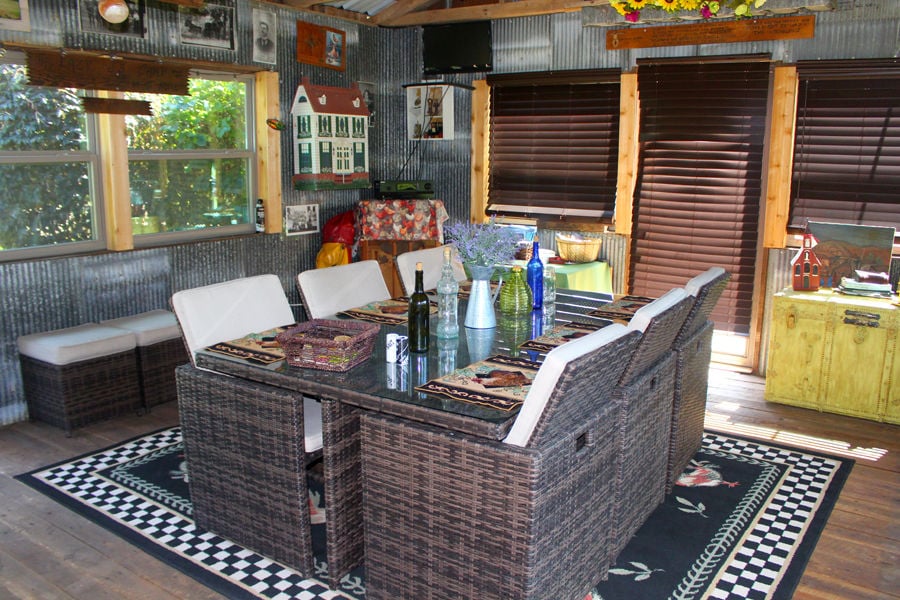 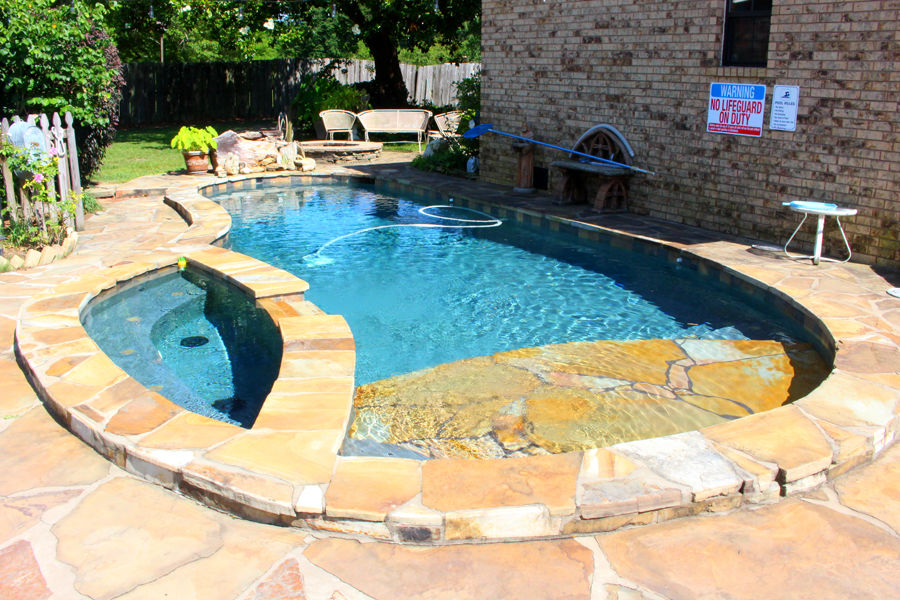 Jim Nicholson did most of the work at this swimming pool at Moe & Willie's B&B. 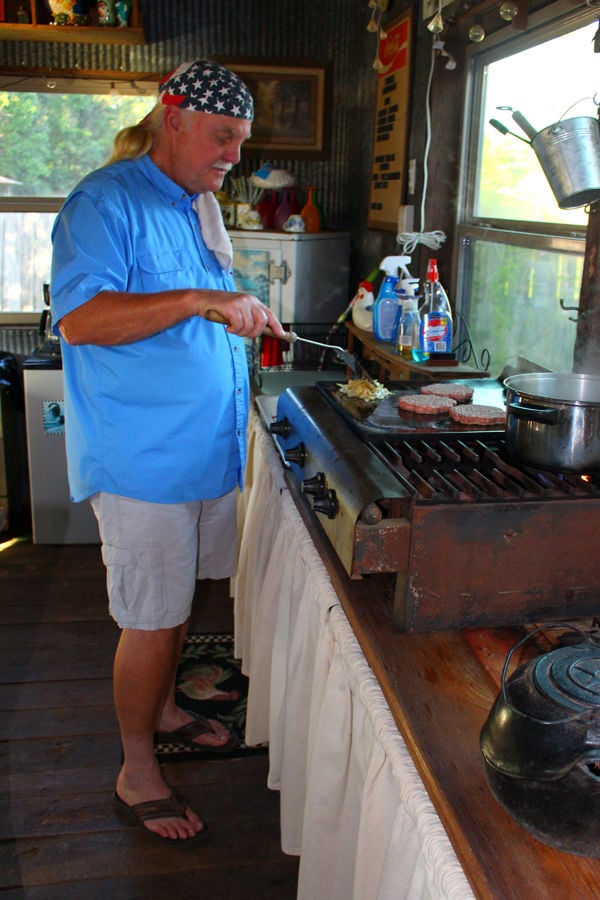 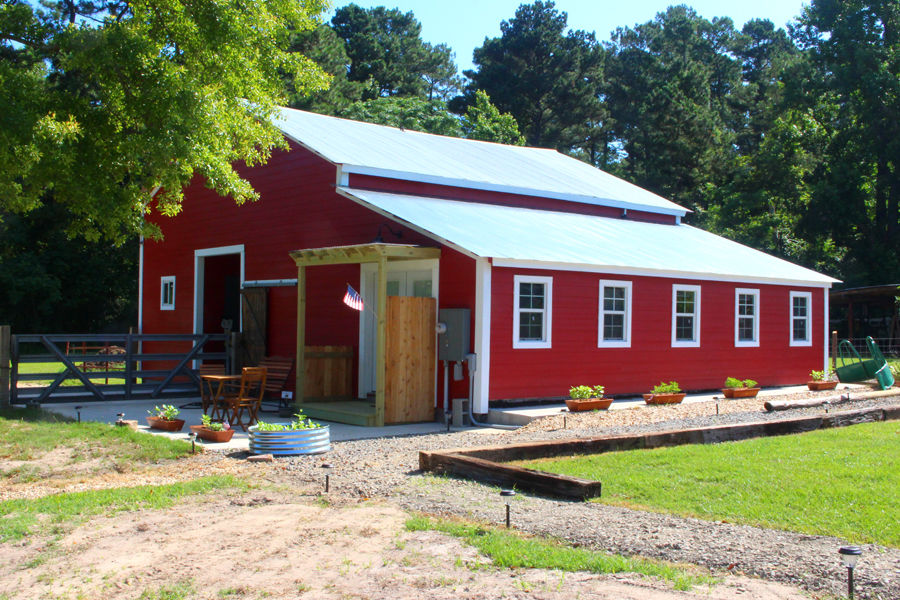 The Barn at Moe & Willie's B&B in Calhoun. 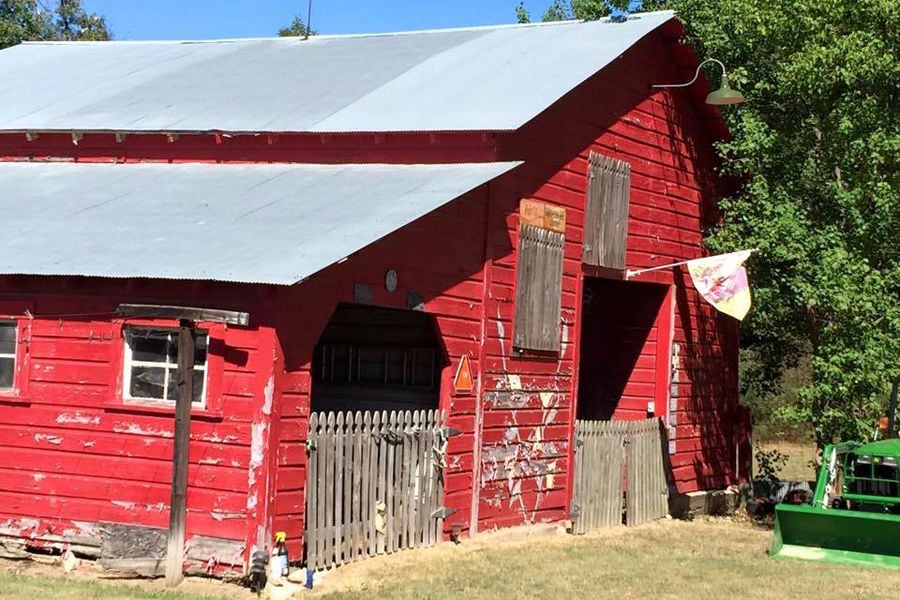 Julie and Jim Nicholson are the owners of Moe & Willie's B&B in the Calhoun community.

The namesake donkeys of Moe & Willie's B&B. Willie is at the left, Moe is at the right.

An outdoor space at Moe & Willie's B&B in Calhoun.

Jim Nicholson did most of the work at this swimming pool at Moe & Willie's B&B.

The Barn at Moe & Willie's B&B in Calhoun.

While that is true at Moe & Willie’s B&B in Calhoun, bear in mind that Moe and Willie are donkeys.

If a barn as a B&B sounds too rustic, let me tell you about a vision.

When Julie and Jim Nicholson bought their home in Calhoun in 2005, there was already an old red barn on the property.

It became home to Moe and Willie, the resident donkeys for which the B&B is named.

In 2008, the Nicholson’s built the “Chicken Coop to Renew the Soul” using reclaimed oak from old chicken houses built in the 1950s in the Mount Holly area.

Julie Nicholson said the barn had been painted before they moved there, but the wood was bad and the paint had started peeling.

While mowing one day, she decided something needed to be done with the barn, and she began to think about what they could do.

“He didn’t blink an eye when I asked my husband about turning it into a B&B,” Julie said.

She said he told her they’d do it under one condition. They had to pay for it as they went.

“So, we’re going into a business debt-free. We owe nothing,” she said.

The decision was the start of a five-year do-it-yourself adventure. It began with jacking up the barn and pouring concrete footings, which took about a year. Next, they removed damaged boards from the outside, covered the barn with termite and fire-resistant planking, and painted it red.

Julie said she almost decided last year to give up on their dream.

Then Jim, being an engineer by trade, said he thought he could fix the water problem, which he did by installing French drains. This would make it possible to open by April 2020.

“I was posting pictures on Facebook and I look back and wonder what we were thinking,” Julie said. “When I look at the condition this barn was in, I must have had blinders on to think we could do this.”

Fast forward a year to April and they were making reservations for eight “guinea pigs” who won free nights though a Facebook contest.

Guinea-pig stays were rescheduled for June. Grand opening plans have been put on hold until some future date. My husband and I were lucky enough to snag one of those guinea pig nights.

Moe & Willie’s is about six miles east of Magnolia, so if you want to go into town to eat or shop, you’re close enough. Or, it’s just far enough out of town to get away from everything and have a nice, peaceful escape.

There are two rooms you can enjoy, the Betty Boop or the St. Mandi Bear.

The St. Mandi Bear room has a king bed and a walk-in shower with tin surround. It also has an extra room with twin bunk beds for the kids.

The headboards in both rooms were built from a beam that was used during the process of jacking up the barn for footings.

Julie said she tried to keep the originality of the barn in the rooms. The tin on the wall in the St. Mandi Bear room was originally on the roof. The drop door where hay was sent through is still there.

Both rooms have mini fridges, coffee makers, and satellite TV. For now, there is no WiFi, but Julie it may be added in the future.

A room at Moe & Willie’s will cost $100 per night. For an additional $10 person, Jim Nicholson will cook his famous hamburgers in the Chicken Coop using an old flattop grill they brought with them from Pennsylvania. Try the burgers. They were amazing.

Breakfast is also served in the Chicken Coop.

If you need to cool off, there’s a pool that available that Jim built mostly by himself.

You can meet Moe & Willie, too, so long as Julie is there to supervise.

“There are rules about the donkeys,” she said. “We want people to enjoy the donkeys, but I need to be around. No feeding. No going under the fence. Not without one of us.”

She did say, however, that the donkeys like corn chips.

I know I enjoyed my stay. You may enjoy the farm retreat if you have the opportunity.

“This is our home and we want everyone to enjoy their time here,” Julie said. “We want this to be a family-oriented place.”