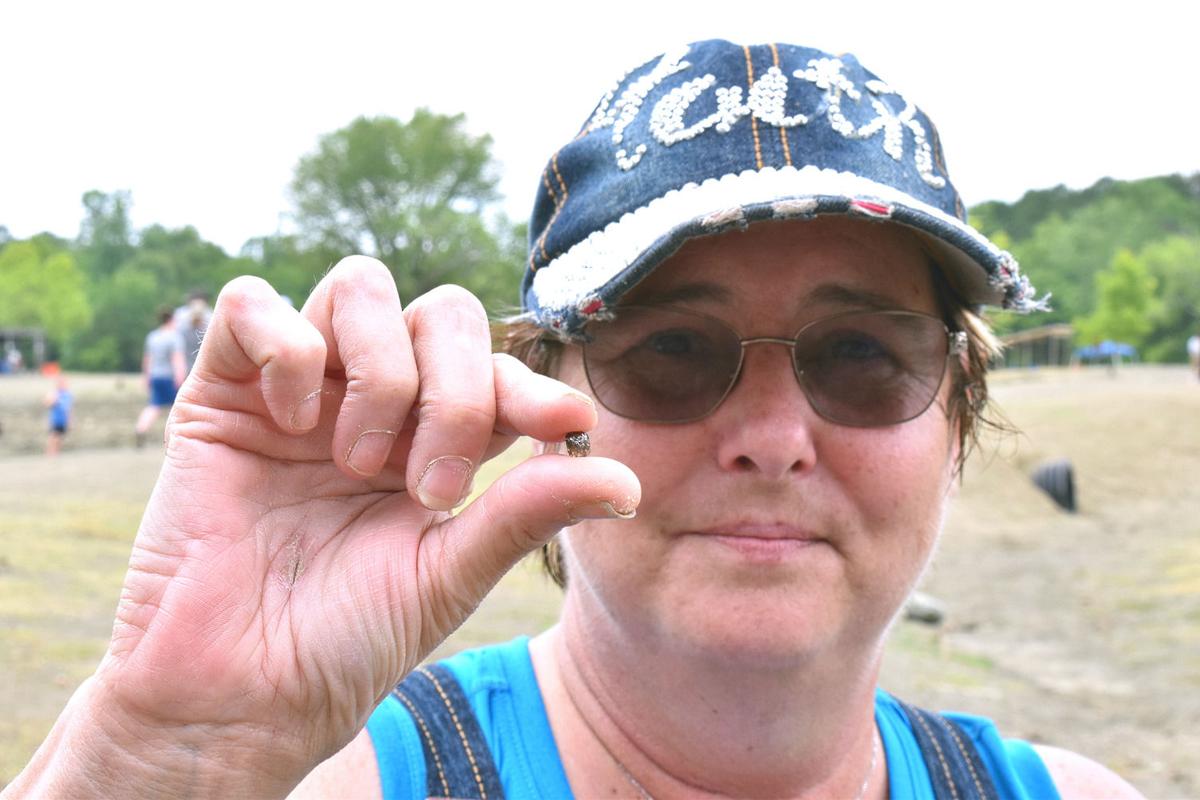 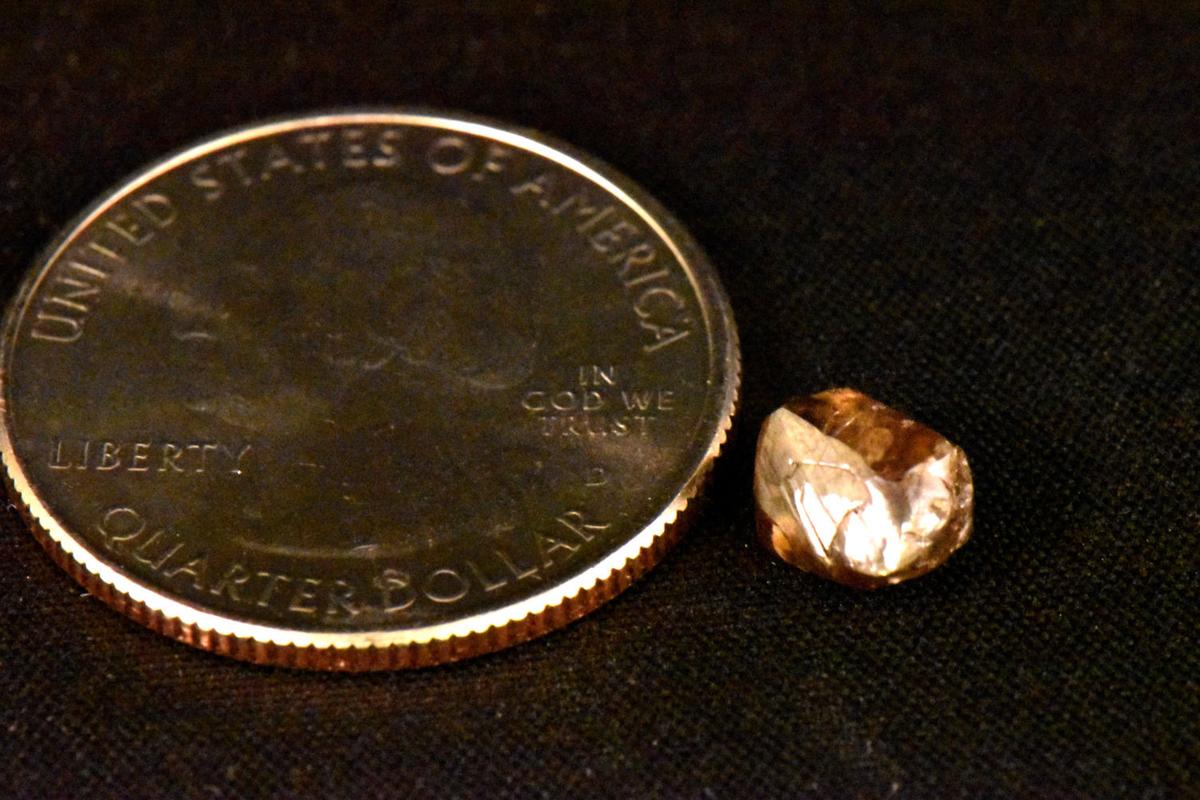 The summer of 2020 started with a sparkling surprise for one western Arkansas woman.

Beatrice Watkins, 56, of Mena, visited Crater of Diamonds State Park in Murfreesboro on Saturday, June 20, with her daughter and granddaughters. Within 30 minutes of arriving, she had unknowingly picked up the largest diamond found there so far this year.

Visitors to the park search for diamonds in a 37.5-acre plowed field atop the eroded surface of an extinct, diamond-bearing volcanic pipe. More than 33,000 diamonds have been found since the Crater of Diamonds opened as an Arkansas State Park in 1972.

Typically, one or two diamonds are found there each day.

According to Watkins, she was dry sifting soil on the north end of a culvert near the center of the park’s diamond search area when she discovered her gem. “I was searching with my daughter and granddaughters when I picked it up. I thought it was shiny but had no idea it was a diamond!” Watkins said, “My daughter googled similar-looking stones and thought it might have been iron pyrite, so I stuck it in my sack and kept sifting.”

After about an hour, Watkins and her family walked to the park’s Diamond Discovery Center to take a break. At that time, park staff identified Watkins’s finds and informed her that her “iron pyrite” was actually a brown diamond weighing more than two carats. “I was so excited, I just couldn’t believe it,” Watkins said. “I still can’t believe it!”

Watkins noted, “While we were still searching, I told my granddaughters that their future husbands would have to bring them here to find diamonds for their wedding rings. All that time I had one in my pocket!"

According to Park Interpreter Waymon Cox, “Ms. Watkins’s diamond is about the size of an English pea, with an oblong shape and a metallic luster. The surface is smooth and rounded, a characteristic shared by most Crater diamonds. It has a dark brown shade similar to iced tea.”

Watkins’s gem is the largest found at the park since Pat Choate of Jacksonville found a 3.29-carat brown gem in October 2019.

Cox noted that even though it rained Saturday morning, Watkins found her diamond by dry sifting. “Many visitors use screens to dry sift where they sit in the field. If the soil gets too damp, dry sifting doesn't work very well because it clumps together in the screens. We've had a lot of rain this year, but the field was dry enough during Ms. Watkins’s visit that dry sifting was possible. The fact that she found her diamond this way is really special.”

Watkins named her gem after herself, calling it the Lady Beatrice. She says she doesn’t know what she will do with her diamond at this point but will probably keep it as an inheritance for her kids and grandkids.

Festival on the Rails officially cancels for 2020, back on April 10

One dead, one injured in Dermott shooting