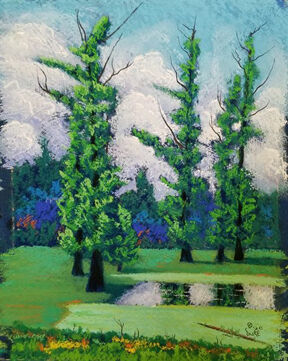 Cedar Slough by John Good on display at the South Arkansas Arts Center in El Dorado. 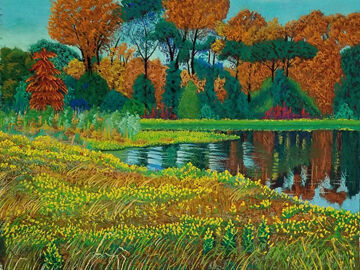 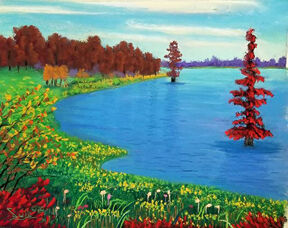 Cedar Slough by John Good on display at the South Arkansas Arts Center in El Dorado.

The South Arkansas Arts Center in El Dorado is featuring the paintings of Pine Bluff artist John Good in the Lobby and Price Galleries during the month of September.

The exhibition, titled “A Retrospective,” includes work in pastel, acrylic, and oil and will be on display through September 29, with a reception on Friday, September 11 from 5:30-6:30 p.m. Reservations are required.

Good, who is known as “Duke” to his friends and associates, has felt the pull toward creative expression throughout his life. After 20 years as a working musician, he enrolled in college to study history at the University of Arkansas at Pine Bluff, and took his first formal drawing class. Under the tutelage of Henri Linton, Good grew as an artist by leaps and bounds, until he finally left his history major behind and dedicated himself to visual art.

"I didn't think I could do it,” said Good. "I thought art was something that was there or not, I had no idea that the ability to draw and paint could be learned."

Throughout those years, he stored up places and landscapes to revisit in his work. From Delta waterways, to Arkansas forests, to New Orleans streetscapes, each location is reimagined through the lens of his artist’s eye.

"My work is a reflection of my love and appreciation of places on the earth which, by simply being there, have made me feel better about myself and the world in general,” Good said. “Just as songwriters write songs which tell about feelings or tell stories about their lives, my artwork is a chronicle of all those aspects of my life which I deem worthy of holding on to."

Village Water Association gets $400,000 in loans for water tank work

SAU+VISTA performs acts of service in remembrance of September 11

Magnolia principals report to school board