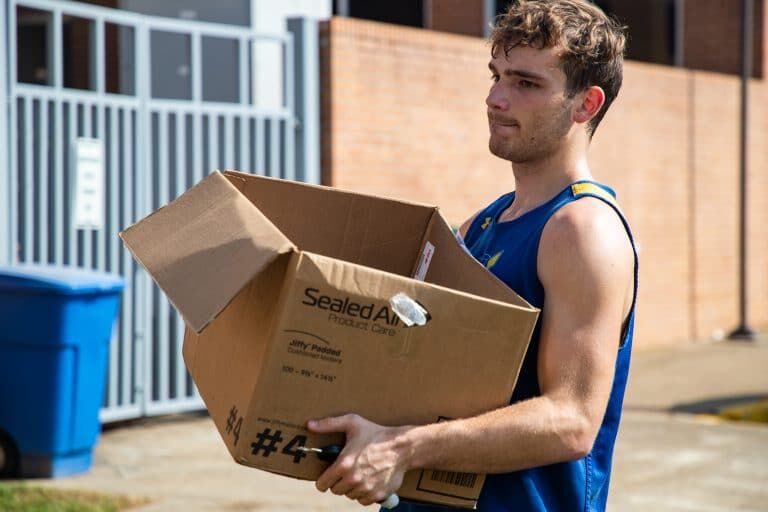 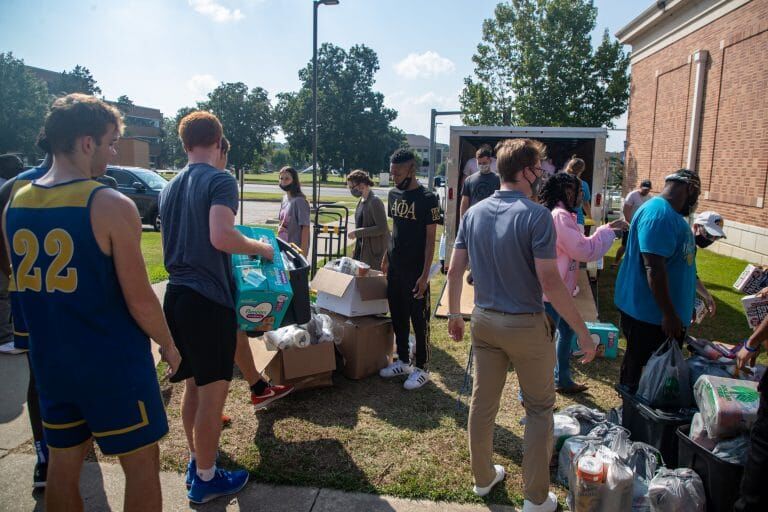 In response to an urgent need, Southern Arkansas University has collected disaster relief items for residents of Lafourche Parish, LA.

SAU began collecting the items on September 7, setting up drop-off bins and tents at various areas around campus.

“I am so proud of our campus-wide effort,” said Dr. Donna Allen, vice president for Student Affairs. “The unique caring that SAU is known for was evident and has come through for the people of Raceland in a huge way.” The hurricane made landfall in Lafourche Parish.

Arien Faucett, assistant professor and program director of Sport Management at SAU, brought the need for disaster relief to the attention of the campus. She is a new faculty member with a personal connection to Raceland, having grown up on the Mississippi Gulf Coast. “The wind did a great deal of damage to structures and infrastructure, making it an incredibly difficult situation to overcome,” she said.

One family died in their home after managing to survive the storm due to CO2 poisoning from their generator. “It’s just gut-wrenching,” said Faucett.

“I am completely inspired by and in awe of the SAU community,” said Faucett. She reached out to Dr. Trey Berry, president of SAU, and Dr. Kim Bloss, dean of the College of Education and Human Performance, to see if a relief effort would be possible. “To say that they quickly rallied the necessary people would be an understatement,” said Faucett. She noted that one Lafourche Parish resident, Trudy Adams, passed along her thanks and gratitude for the Mulerider effort.

Faucett thanked Allen, Brad Stout, director of Student Affairs Facilities, and Coach Steve Browning, director of Athletics, as well as others who were “immediately supportive and so generous with their time.”

Stout, who was en route to Raceland with the supplies, said the response was another example of SAU’s caring for those in the immediate region. “Arien had reached out to her contacts in Raceland to see how they were doing after the storm,” Stout said, “and brought this opportunity to our attention.”

On Monday, Stout and his team loaded a trailer with donated items collected over the past couple of weeks and were transporting it to the Larose Regional Park and Civic Center for distribution.

Stout noted, “Our athletic department had an opportunity at the game this past Saturday to collect cash donations. There were drop-off bins on Family Day outside of Wilkins Stadium, at the residence halls, and at other designated areas on campus.”

“It’s a good project for us to be involved with,” Stout explained. “We take care of our local community, but we have the ability and manpower to reach out to those in need within a reasonable distance of our campus.”

He thanked Dr. Allen and the SAU administration as well as corporate donors including Brookshire’s, Atwoods, and Mac’s Fresh Market for donating cash as well as cases of water and other supplies.

“The help offered by the SAU community shows that even in the darkest of times, people still have an incredible capacity to reach out and support one another,” said Faucett. “The world needs more SAU campuses and Muleriders. They represent the best in all of us.”

Dr. Allen thanked all community partners for the outpouring of support that made the relief project a success.

Letter to the Editor: Arkansas nonprofit organizations want Legislature to invest in people, not tax cuts

Celebration of Lights Thursday afternoon and evening at SAU

"Songs of the Season" theme for 2021 Magnolia Christmas Parade

Generally speaking, how old do you feel?